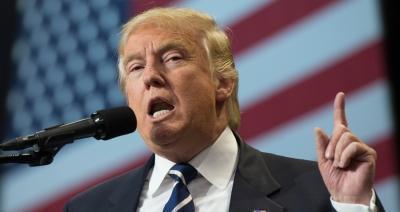 US president elect Donald Trump has met with a number of the world’s leading technology figures ahead of his inauguration ceremony next month. During a toxic battle for The White House, which has divided a nation, tech leaders in Silicon Valley were extremely critical of Trump – and said if he were to be elected, it would be a disaster for innovation and the technology industry.

However, the 70-year-old billionaire has attempted to alleviate fears in the tech sector by organising a meeting with industry leaders in the US. Many of those that attended the meeting were pro-Hilary Clinton during the campaign, with many being vocal in their support for the Democratic nominee. The one exception was PayPal co-founder Peter Thiel, and it was conveyed that he was the central figure in organizing the meeting.

Trump headed into hostile territory knowing how he was perceived by some of America’s most powerful tech executives, but he was undeterred as he attempted to form new relationships in an effort to promote job creation and facilitate trade.

Some high-profile senators have expressed concern over Trump’s decision to make ExxonMobil CEO Rex Tillerson his Secretary of State, with the oil tycoon having close ties to Moscow. Relations with Russia are at their worst in years – following the CIA’s assessment that Russia where in fact involved in the hacking scandal that disrupted the presidential election campaign. Some tech leaders have also expressed concern at Trump’s response to the CIA’s report. He rubbished Russia’s involvement and slammed the report labelling the claims as ‘ridiculous’.

However, Trump reassured tech leaders of his commitment to the sector, and promised to help them continue their incredible innovation plans, adding that he was here to help.

Trump said: “I'm here to help you folks do well," Trump told the industry leaders in opening remarks that reporters were briefly allowed to observe after the tech titans went around the table introducing themselves. We want you to keep going with the incredible innovation. “There's nobody like you in the world," he said.

Trump was joined at the meeting by Vice President elect Mike Pence and a number of high-profile CEOs that included Tim Cook (Apple), Satya Nadella (Microsoft) and Larry Page of Alphabet (Google). Also in attendance were Facebook’s chief operating officer, Sheryl Sandberg and Oracle chief executive, Safra Catz, although it was noted that Twitter CEO Jack Dorsey was not present. Reports suggested Twitter were excluded from the meeting due to their refusal to allow an emoji version of the hashtag which read ‘crooked Hilary’.

Trump and Vice President-elect Mike Pence sat in the middle of the table with CEOs that included Tim Cook of Apple, Satya Nadella of Microsoft and Larry Page of Alphabet (Google). What effects a Trump presidency will have on the tech sector is hard to predict.

While the tech industry is likely to oppose any trade barriers or efforts to limit immigration, many companies are expected to welcome a lowering of corporate tax rates promised by Trump, especially on profits repatriated from overseas. "We're going to make fair trade deals. We're going to make it a lot easier for you to trade across borders. There have been a lot of restrictions, a lot of problems that I think you see. And if you have any ideas on that issue then that would be great.”

Tech firms led by Apple are responsible for the lion's share of an estimated $2.5 trillion being held overseas by US companies, and are reluctant to bring those funds back and face a hefty tax bill. A potential clash between Trump and the sector is possible over encryption, and the ability of enforcement and intelligence services to decrypt devices for national security investigations.

None of the industry leaders stopped to talk to reporters on their way out of the building at the end, except Catz who gave a little wave. Trump said he would add Musk and Uber CEO Travis Kalanick to his advisory council of business leaders tasked with helping to create new jobs "across the United States from Silicon Valley to the heartland."

Trump is putting the finishing touches to his cabinet, nominating former Texas governor Rick Perry as energy secretary and reportedly choosing Montana Representative Ryan Zinke as interior secretary. Perry, who participated in the Republican primary but was crushed by Trump early on, once assailed him as a "cancer on conservatism." On Wednesday, Forbes magazine ranked Trump as the second most powerful person of the year -- right behind Russian President Vladimir Putin.