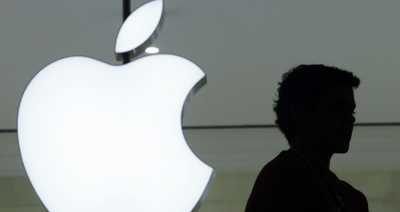 US government is set to intervene into the long-running saga between technology giants Apple, the EU and the Irish government. The EU ordered the iPhone maker to pay back €13 billion in taxes it claimed it owed Ireland.

However, in a bizarre turn of the events the Irish government rejected the EU’s ruling that it was owed €13 billion in back taxes and said that Apple hadn’t breached any tax laws in Ireland. The EU insisted that Apple had secured favorable tax incentives from the Irish government which amounted to illegal subsidies and issued the record tax demand against the US tech leaders.

Apple decided to take its case to Luxembourg-based General Court, which is Europe’s second highest in December in light of the ruling by the EU. The decision by the EU was heavily criticized by the Obama administration which alleged that the EU was attempting to help itself to cash that should have ended up in the US.

The Trump administration has subsequently proposed a tax break on $2.6 trillion in corporate profits being held offshore as part of its own tax reform, although it has not stated anything in public in relation to Apple’s tax row with the EU.

It has also been reported that The General Court will deal with the case in late 2018, although that has not been officially confirmed. Apple firmly believes that it is a convenient target for the EU and that EU competition enforcer used an ‘absurd theory in coming with the punitive figure. Other companies currently embroiled with the EU in relation to tax issues in Luxembourg are Amazon and McDonalds.

Ireland, the Netherlands, Luxembourg, Starbucks, Fiat Chrysler Automobiles and several other companies that were also ordered to pay back taxes to other EU countries have similarly challenged their EU rulings.