US planning to charge four in connection to Yahoo hacks, says report 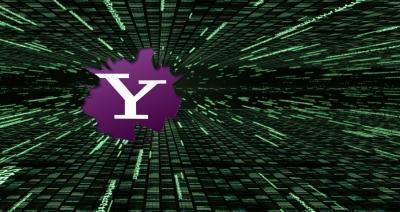 A recent Bloomberg report suggests that authorities in the United States are planning to issue criminal indictments targeting four individuals connected to the massive hacks against Yahoo users' accounts. Three of the individuals are said to be Russian. The source cited by Bloomberg said one of the suspects is being tracked down in Canada and the others are in Russia.

Yahoo's current CEO Marissa Meyer lost out on her annual bonus after an investigation determined that Yahoo had mishandled a 2014 hack that resulted in the theft of personal data from more than 500 million Yahoo user accounts. Yahoo was criticized for not disclosing information about the hack publicly until September last year.

Yahoo was judged by an independent committee which determined that the company's security team knew about the attack when it happened, according to a regulatory filing. Late that year, senior executives and some legal staff were made aware that "a state-sponsored actor had accessed certain user accounts" by exploiting an account management tool.

In the filing Yahoo said: "While significant additional security measures were implemented in response to those incidents, it appears certain senior executives did not properly comprehend or investigate."

To make matters worse, Yahoo disclosed another cyber attack in December last year that occurred in 2013, this time affecting more than a billion users. The disclosure of the massive hacks has affected Yahoo's deal with US telecoms giant Verizon, which is purchasing Yahoo's core internet business. Verizon demanded a $350 million discount after the hacks became public.

Yahoo's run as an independent company will now come to an end after 20 years, now that Verizon has agreed to purchase its core internet business for $4.48 billion. Yahoo is selling its main operating business as a way to separate it from its more valuable stake in the Chinese internet giant Alibaba, which will become a new entity and act as an investment company.

Yahoo still faces probes and lawsuits related to the massive hacks against its users' accounts affecting more than 1.5 billion, and the timing of the disclosures. US law requires companies that fall victim to such hacks to disclose them as soon as they are deemed to affect stock prices.