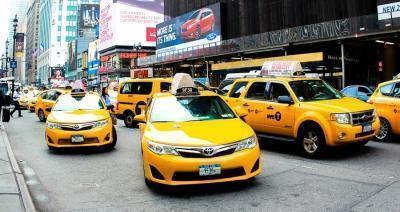 US tech company Uber is fighting a legal battle following a decision by a Spanish judge in 2015 to ban the company from operating in the country. He referred the case to the European Court of Justice at the time to decide how to define Uber’s service. At the core of the European Court case is whether or not Uber can be defined as a transportation company or a digital platform. The American company, which has its HQ in San Francisco - was founded in 2009 and recognizes itself as a digital platform.

However, that assessment has been disputed by those who believe Uber are using labels so they don’t have to comply with national laws if it is defined as a transportation company - that would ultimately impact Uber’s growth in Europe. A lawyer for the Spanish Taxi association who initially filed the complaint against Uber argued that they can’t allow a business model to develop in Europe that could undermine the rights of consumers.

The American company has been accused of aggressively pushing itself into overseas markets, and has often in the past clashed heads with law makers and taxi associations who say Uber flouts transportation and competition rules. That is what occurred in Spain which subsequently led to this long-awaited trial in the European Court of Justice which will go a long way in determining the future of the US firm in Europe.

Uber has expanded its operations into more than 300 countries and is worth an estimated $68 billion.However, Europe’s legal challenge is a direct attack on how Uber operates in the region, one of its most important markets – but it also raises questions regarding the company’s future growth plans as it looks to expand beyond the transportation of people to food delivery and other online services.

At the hearing the company defended itself by framing an argument that it was a new player in Europe’s often lacklustre digital economy, which was offering users and drivers new ways to connect which would also support cities’ existing transportation networks.“Uber’s services can’t be reduced to merely a transport service,” Cani Fernández, Uber’s lawyer, told the Court of Justice during a lengthy session here that also included arguments from the European Commission, the executive arm of the European Union, and several European countries.

“The reduction of unnecessary barriers to information society services is critical in the development of the digital single market,” Ms. Fernández said, in reference to the commission’s goal to reduce national barriers that prevent Europeans from gaining access to e-commerce platforms, streamed television content and other online services.

One of the critical aspects of the legal dispute is actually not whether or not Uber can be defined as a transportation service or digital platform – instead it could well be its blurry stance on consumer rights. At the hearing yesterday afternoon, several of the European judges questioned Uber in relation to its relationship with drivers and about who should be held responsible if a passenger was hurt?

Such consumer protection issues were not part of the original case referred from the Spanish judge but it is now clear that it could form part of the final decision when it is made next year and could be a central topic for the prosecution in this case. “What liability does the platform have?” asked Daniel Svaby, one of the European judges. “The customer doesn’t know the driver who will pick her up. What can a user do to protect herself from harm?”

The trial continues at the European Court of Justice in Luxembourg today.