The case of Huawei's Meng explained 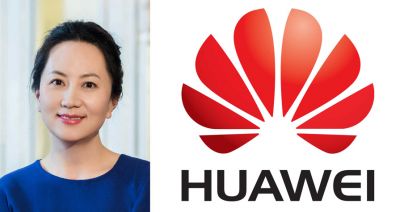 Meng Wanzhou, the chief financial officer of the Chinese telecom giant and daughter of its founder Ren Zhengfei, was detained in the Canadian city on a US warrant in late 2018. Her arrest put the 47-year-old at the center of the US and China's battle over Huawei's growing global reach. Hearings into whether she can be extradited to the United States will begin on January 20 in Vancouver, in a case with potential repercussions for ties between the US, China and Canada.

Here are five things to know about the situation:

Founded by former People's Liberation Army (PLA) engineer Ren Meng Wanzhou in 1987, Huawei has grown into one of the world's biggest technology firms. It is now the top producer of telecommunications networking equipment and the number-two supplier of smartphones, behind Samsung and ahead of Apple.

Huawei equipment carries much of the planet's data and communications traffic, making it a key player in the coming advent of hyper-fast 5G networks that will enable revolutionary new technologies such as artificial intelligence.

Ren's military background and privately held Huawei's opaque culture have long fuelled suspicions of close ties to China's one-party security state. This has stoked US fears that Beijing could use the firm as a Trojan horse for espionage or cyberattacks, accusations that company executives strenuously reject. The Trump administration has essentially barred Huawei from the US market and waged a global campaign to isolate the company.

Meng, seen as a possible successor to Ren as chief executive, was held on a US warrant for allegedly lying to banks about violating Iran sanctions and put under house arrest. She denies the allegations.

In hearings opening Monday, her lawyers will maintain that she cannot be turned over to the United States anyway because violating US sanctions against Iran is not a crime in Canada - failing the "double criminality" test.

Canada's attorney-general, however, is expected to argue that her banking interactions amounted to fraud, which is a crime in Canada. Meng's legal fight could take months or even years.

The case is being watched in part because of its potential ripple effect on ties between the three countries. Meng's arrest caused an unprecedented rift between Canada and China, which was followed up by detaining former Canadian diplomat Michael Kovrig and businessman Michael Spavor on espionage suspicions. Their arrests have been widely interpreted as retribution by Beijing aimed at pressuring Canada to free Meng. The two men remain in China's opaque penal system.

On the other side is the United States, which signed recently a truce with China in their lengthy trade war. Donald Trump has pushed hard for the agreement between the two economic giants and has previously suggested that he may intervene in Meng's case to keep trade negotiations on track.

The US has pushed its global allies to ban Huawei equipment from domestic networks, but the campaign has met with mixed success. Australia and Japan have taken steps to block or restrict the Chinese company's participation in their 5G rollouts, and European telecommunications operators including Norway's Telenor and Sweden's Telia have passed over Huawei as a supplier.

But several other European countries have not blocked the firm, with Germany resisting US pressure and even close ally Britain indicating it may be open to using some Huawei equipment.

Still, Huawei executives are concerned, with Chairman Eric Xu saying in a New Year message to staff that revenue for 2019 was likely to be lower than originally forecast. “Survival will be our first priority” in 2020, he said.