How ‘Brexit’ could affect telecommunications 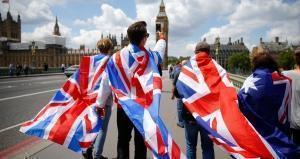 The world will always remember June 23, 2016, as the day the United Kingdom of Great Britain voted to leave the European Union – a vote commonly referred to as ‘Brexit’ (British exit). The notice period required for the UK government to implement this decision means that Britain leaving the EU cannot be before June 2018. To understand the consequences of Britain leaving the EU on telecommunications, four partners at Bird & Bird, a tech-focused international law firm, shared their perspective in a report published on June 24.

According to the report, the most significant consequence of Brexit regarding telecommunications is that it will mean the Regulatory Framework will no longer be applicable in the UK. While this won’t necessary give rise to any immediate consequences, the Regulatory Framework has been written into UK law through national legislation, which will continue to be valid until Britain officially leaves the EU.

The issues addressed in the Framework range from authorizing telecommunications network access, to radio spectrum management, data privacy and consumer access to emergency services. Furthermore, in 2014, the European Commission issued a Directive on access to passive network infrastructure, including masts, ducts, towers and poles. If Britain leaves the EU, it will no longer be required to maintain laws in terms of this directive.

“In order to ensure the harmonized application of the Regulatory Framework at Member State level, national regulatory authorities are required to notify to the Commission all proposals to analyze telecommunications markets and all proposed regulatory conditions to be imposed on operators designated as having significant market power, for prior review/consultation,” says the Bird & Bird report.

It further adds: “Consequently, Ofcom as a Member State regulatory body in the UK is required to notify the Commission of any draft proposals that it has for regulating national electronic communications markets, such as the markets for broadband access or voice call termination, but will no longer need to do so following the UK's exit from the EU.”

One of the most important consequences of Brexit that the Bird & Bird report highlights is roaming. If Britain exits the EU, the nation will no longer be able to benefit from the Roaming Regulation (international roaming services) for UK citizens traveling within the EU. On the plus side, UK operators will no longer be obliged to pay EU roaming tariffs at the wholesale level. The report says there’s been speculation that Britain might introduce UK legislation to ensure a parallel roaming regime for UK citizens traveling throughout the EU.

Another controversial area is spectrum management and assignment. If Britain exits the EU, it will no longer have a say in decisions and initiatives on the harmonization of spectrum allocations and use across the EU. But it’s likely that the UK will continue to work with EU Member States through membership of other organizations such as the European Conference of Telecommunications and Postal Administrations or CEPT.

It’s also mentioned in the Bird & Bird report that depending on when Britain leaves the EU, some of the reforms that come out of the Regulatory Framework currently being undertaken as part of the Digital Single Market (DSM) initiative won’t be implemented into UK law or simply not maintained. The reforms under the initiative include a “review of a revision to the Regulatory Framework, and are expected to address a number of important issues, including the regulation of new services and technologies such as over-the-top (“OTT”) services.” The UK will only be affected if the UK leaves the EU before the date is set for implantation of the initiative into UK law, unless the UK chooses to make parallel reforms.

The report adds: “In the same manner, the Directives planned under the DSM project concerning contracts for the supply of digital content and for the online and distance sales of goods may not find their way into UK law or may not be retained under UK law, depending on the required national implementation dates of the eventual Directives and the date that a Brexit takes effect. These measures are currently seen as consumer-friendly and as relatively onerous for businesses. Similar considerations apply to other customer protection orientated reforms contained in the DSM initiative, and specifically those that will be legislated for as EU Regulations rather than Directives.”

An example of this is the proposed regulation on cross-border portability of online services. It’s possible that this could be adopted into law having “direct applicability as a Regulation” before Brexit. The Regulation will then automatically cease to apply upon the UK ceasing to be an EU Member States. This could be great for media rights holders (licensors) but not so great for consumers and users of online content.

When the UK exits the EU, it will have to establish its own national initiatives and agendas. The ambitious targets of the Digital Agenda for Europe for example, or any other European Commission agenda for that matter, will no longer apply to the Britain. No one can say whether Britain will continue down the path that it was set on as part of the EU, though it might “give preference to the same or better broadband speed targets for ubiquitous broadband access.”

The Bird & Bird report also brings attention to the fact that down-the-line; Britain leaving the EU is likely to lead to a “divergence between the UK and the rest of the EU.” For example, Britain will be free to legislate for the regulation (or de-regulation) of the national telecommunications markets as it wishes. “Moreover, Ofcom will no longer be required to notify the Commission of any draft proposals for the regulation of telecommunications markets in the UK. The UK will essentially have a "free hand" in market regulation, provided that it complies with WTO requirements,” says the report.

There’s already been a lot of panic and confusion associated with Brexit. For example, UK companies operating in other EU countries might be feeling uncertain about whether they will be able to continue practising business the same way. The same goes for EU companies operating in the UK. The Bird & Bird report says UK companies can “currently avail of the rights to free movement granted under the Treaty on the Functioning of the European Union, including the freedom to provide services and freedom of establishment.”

This means that companies in the UK can provide telecommunications services in any other Member State of the EU, as long as the company complies with the national law requirements that apply to domestic companies in that country. If Britain leaves the EU, that could change. “Any regulatory divergence between the UK and the EU following a Brexit will also have a direct impact on telecommunications service providers in the UK,” says the report, adding that divergences may arise “in respect of the regulation of OTT services.”

Bird & Bird suggests that the UK could potentially take a more liberal approach towards these services than the EU Commission currently does, which could be seen as an advantage for some UK companies, allowing them more freedom. The report adds that the UK “may also favour a more pro-investment policy on regulation than certain other Member States.”

The same story applies to EU Member State companies operating in the UK. If Britain leaves the EU, these companies will no longer have automatic rights under law to provide electronic communications services. Aside from the complications for British and EU companies following Brexit, it will also have an impact on companies outside Europe who wish to operate in the region.

For non-European companies, Britain has been seen as a ‘stepping-stone’ into the greater EU market because of its widely-used language, relative ease of doing business and the significant size of the UK domestic market. Bird & Bird says from a compliance perspective, “this strategy can be particularly effective in a regulated environment, such as the market for electronic communications. The harmonization of telecommunications regulatory regimes across the EU has meant that a new market entrant in the UK will be subject to broadly similar regulatory requirements anywhere in the EU.”

If Britain does exit the EU, it may no longer be seen as a ‘springboard’ into the EU market, because of the loss of the EU ‘passport’ to the EU internal market that has been available through establishment in the UK and compliance with EU requirements in the UK as a Member State.

Published in Reports
Read more...
Page 4 of 4
Tweets by Active_Telecoms