EU nations can soon apply to alter their roaming charges 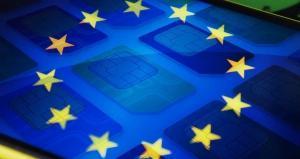 Member States of the European Union will soon be able to apply to alter their roaming charges, after the Body of European Regulators for Electronic Communications (BEREC) published guidelines for the retail charging of roaming services in the EU.

The new rules will come into effect alongside new roaming legislation on June 15 this year, and telecom operators will be able to apply to their national regulator for special permission to change their charging model or add a small charge for roaming services to cover additional costs.

However, the BEREC indicated that these requests would only be approved in “specific and exceptional circumstances” to ensure the sustainability of a company’s domestic business model. The BEREC said it would require detailed evidence of the need to make any changes to current charges.

“Roaming regulation stipulates that roaming providers, upon authorization by the national regulatory authorities, should be able to apply a surcharge to the regulated retail roaming services only to the extent necessary to recover all relevant costs of providing such services,” the rules state.

The issue of roaming charges on domestic tariffs was brought to line earlier in March after reports that Irish operator 3 Ireland said it would introduce its own specific roaming allowance on some of its unlimited data plans. The reason for the change, according to the operator, was to pay for costs charged to it by European operators.

The reports stirred the European Commission to issue a statement warning operators not to attempt circumventing regulations by changing tariffs to separate domestic roaming allowances, or by offering extra national market data services as a reward or benefit on the side.