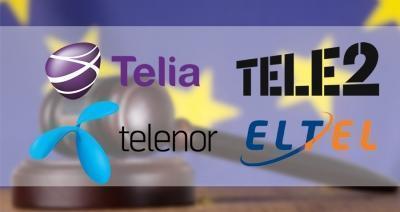 The European Commission confirmed that on 25 April, 2017, its officials carried out unannounced inspections at the premises of companies active in the mobile telecommunications sector in Sweden.

The Commission has concerns that Swedish mobile network operators may have engaged in anti-competitive conduct preventing entry into the consumer segment of the Swedish mobile telecommunications market, in breach of EU antitrust rules (Articles 101 and 102 of the Treaty on the Functioning of the European Union).

The Commission officials were accompanied by their counterparts from the Swedish Competition Authority (Konkurrensverket).

Unannounced inspections are a preliminary step in investigating suspected anti-competitive practices. The fact that the Commission carries out such inspections does not mean that the companies are guilty of anti-competitive behavior nor does it prejudge the outcome of the investigation. The Commission respects the rights of defense, in particular the right of companies to be heard in antitrust proceedings.

There is no legal deadline to complete inquiries into anti-competitive conduct. Their duration depends on a number of factors, including the complexity of each case, the extent to which the companies concerned co-operate and the exercise of the rights of defense.