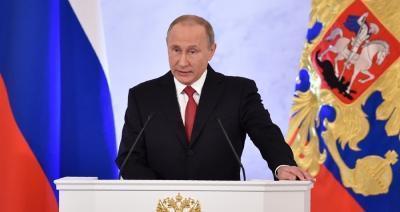 Russian leader Vladimir Putin has approved a broad-ranging cybersecurity plan which is specifically aimed at bolstering the county’s defences against cyberattacks from abroad, while it will also be utilized for cracking down on perceived foreign influence. The new doctrine comes in light of the media furore over allegations from the United States that Moscow was behind a series of cyberattacks which were aimed at influencing the outcome of last month’s US Presidential election.

The Kremlin have described it as a new ‘information security doctrine’ and is an update from Russia’s last policy in 2000. The new document outlines a number of fears that range from concern over foreign hacking and negative media coverage abroad. The document also discloses The Kremlin’s fears about the ‘erosion of traditional Russian spiritual and moral values.’

The plan has been described as quite vague and offers few concrete steps but it does set out the general aims of the new policy – which include bolstering the military's propaganda output and ratcheting up controls over the internet in Russia.

Over the past few years the Kremlin has increasingly pulled up the drawbridge as ties with the West have plunged to their lowest point since the end of the Cold War over the Ukraine crisis. Russia has splashed vast sums on state-funded channels and outlets broadcasting Kremlin propaganda across the globe.

In light of Putin’s approval of this cybersecurity document it seems it will do little to approve relations between Russia and the West, with The Kremlin expressing its fears over foreign influence and outside hacking which seems to be taking aim at the US in response to their allegations last month.