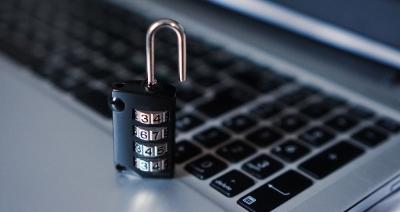 Russia’s FSB security service announced in a statement on Friday, December 2, that it had received intelligence about “plans by foreign secret services to carry out large-scale cyber-attacks from December 5.” The plans, it said, were aimed at “destabilizing Russia’s financial system including the activities of a number of major banks.” FSB is reportedly working to neutralize the threat.

In November, Moscow-based security giant Kaspersky announced that a massive cyber-attack had penetrated at least five of Russia’s largest banks. Those attacks, according to Kaspersky, were carried out using devices located in 30 countries including the United States. One of the banks that were attacked, Sberbank, acknowledged that it had been attacked, but also said that none of its main operations has been affected.

But Russia is not just the victim of large-scale cyber-attacks – in fact; the country has been accused in the past for several major hacking operations in the U.S. In October, Washington formally accused Russia of attempting to “interfere” in the 2016 presidential election. What’s more, German Chancellor Angela Merkel recently said that cyber-attacks by Russia have become so common that they are now a “part of daily life”.

Russia now faces skepticism, such as MI5, the British intelligence agency, warning that Russia is becoming more aggressive and using cyber-attacks to promote its foreign policy abroad. At this stage, Russia’s FSB has not disclosed which countries’ secret services were involved in the recent cyber-attacks aimed at the country’s financial institutions, but has alleged that the attacks would use servers and “command centers” located in the Netherlands belonging to Ukrainian hosting company BlazingFast.

Anton Onopriychuk, director of the Kiev-based company, told AFP it provides "services for protection against cyber-attacks, not for attacks.” He continued, “As yet no one has contacted us about this, neither the FSB or clients,” adding that the company would investigate. The FSB said that "provocative publications" about a crisis in the Russian banking system were planned to appear on social media networks, blogs and mobile phone text messages.