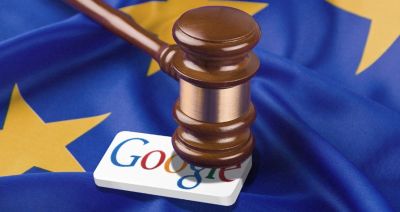 “The Commission will defend its decision” in the European courts, the EU's executive arm said.

The EU Commission fined Google on March 20, its third major decision against the search engine behemoth.

Google and the EU have been at loggerheads about the monopoly of Google over internet search in Europe since 2009.

The original complainant in the decade-long case was Microsoft, but the US software giant later pulled out of the case in a truce with its US arch-rival.

“The misconduct lasted over 10 years and denied other companies the possibility to compete on merits and to innovate – and consumers the benefits of competition,” EU Competition Commissioner Margrethe Vestager said in March.

Google declined to comment on the matter. The fine brought Google's total tab with the EU to 8.2 billion euros in less than two years.

In July 2018, the US giant was ordered to pay a record 4.34 billion euros for abusing the dominant position of Android, its smartphone operating system, to help assure the supremacy of its search engine.

A year earlier, the EU slapped Google with a fine of 2.42 billion euros for abusing its dominant position by favoring its “Google Shopping” price comparison service in search results.

Google had already appealed both earlier decisions to the European Court of Justice in Luxembourg.