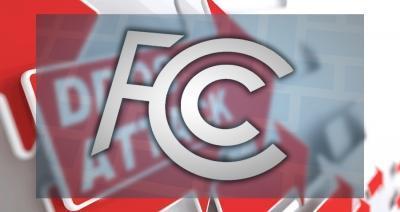 The Federal Communications Commission (FCC) in the United States was the subject of multiple recent DDoS attacks on Sunday, May 7, at midnight, according to Dr. David Bray, Chief Information Officer (CIO) at the organization. Dr. Bray issued a statement regarding the cause of delays experienced by consumers recently trying to file comments on the FCC’s Electronic Comment Filing System (ECFS).

“Beginning on Sunday night at midnight, our analysis reveals that the FCC was subject to multiple distributed denial-of-service attacks (DDos),” said Dr. Bray in his statement. “These were deliberate attempts by external actors to bombard the FCC’s comment system with a high amount of traffic to our commercial cloud host.  These actors were not attempting to file comments themselves; rather they made it difficult for legitimate commenters to access and file with the FCC. “

Dr. Bray added: “While the comment system remained up and running the entire time, these DDoS events tied up the servers and prevented them from responding to people attempting to submit comments.  We have worked with our commercial partners to address this situation and will continue to monitor developments going forward.”