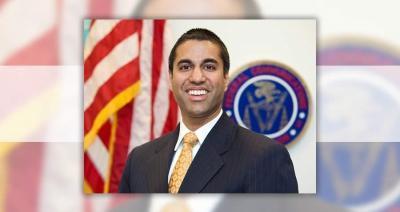 Called a “Blue Alert,” the option would be used by authorities in states across the country to notify the public through television and radio of threats to law enforcement and to help apprehend dangerous suspects.  The Chairman unveiled the proposal at an event hosted by the Department of Justice announcing the nationwide rollout of the National Blue Alert Network.

“As we have learned from the very successful AMBER Alert initiative for recovering missing children, an informed public can play a vital role in assisting law enforcement,” Chairman Pai said.  “By expanding the Emergency Alert System to better support Blue Alerts, we could build on that success – and help protect those in law enforcement who risk their lives each day to protect us.”

Blue Alerts can be used to warn the public when there is actionable information related to a law enforcement officer who is missing, seriously injured or killed in the line of duty, or when there is an imminent credible threat to an officer.  As a result, a Blue Alert could quickly warn you if a violent suspect could be in your community, along with providing instructions on what to do if you spot the suspect and how to stay safe.

Chairman Pai’s proposal would amend the FCC’s EAS rules by creating a dedicated Blue Alert event code so that state and local authorities have the option to send these warnings to the public through broadcast, cable, satellite, and wireline video providers.

Some states have individual Blue Alert programs that use various methods to issue warnings.  The Chairman’s proposal would build on these efforts through the development of a nationwide framework that states can adopt.  This goal is consistent with the Rafael Ramos and Wenjian Liu National Blue Alert Act of 2015.  The Act, which is being implemented by the Department of Justice’s Office of Community Oriented Policing Services (COPS Office), directs cooperation with the FCC.  The COPS Office has expressed the need for a dedicated EAS code for Blue Alerts.

The Chairman plans to ask his fellow commissioners to vote on the Notice of Proposed Rulemaking (NPRM) at the FCC’s June 22nd Open Meeting.  If adopted, the NPRM would pose questions and invite public comment on the proposal.