Facebook is fighting accusations of avoiding $5b in taxes 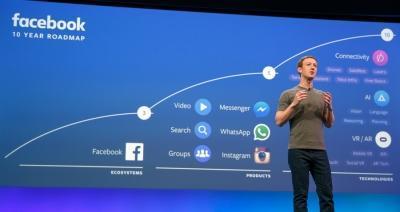 Conflict has amounted between Facebook and the U.S. Internal Revenue Service (IRS) over claims of tax evasion. Facebook reportedly received a “statutory notice of deficiency” from the IRS in a Securities and Exchange Commission filing on Thursday, July 28. The notice Facebook received only applies to the 2010 tax year. However, the IRS could extend its scrutiny to other tax years and expand Facebook’s federal income tax bill by $3 billion to $5 billion, with additional interest and penalties.

Facebook has declined to hand over documents related to the IRS investigation into tax evasion. The Department of Justice reportedly sued Facebook earlier in July because of this. In its amended complaint in late July, the IRS wrote: “Facebook failed to appear on June 29, 2016, the date scheduled for compliance with the seventh summons, and did not produce the books, records, papers, and other data demanded. Facebook’s failure to comply with the seventh summons continues to this date.”

“We do not agree with the position of the IRS and will file a petition in the United States Tax Court challenging the Notice,” Facebook announced in its filing. “If the IRS prevails, the assessed tax, interest and penalties, if any, could have material adverse impact on our financial position, results of operations or cash flow.”

The investigation into Facebook by the IRS is focused on the way Facebook shifted assets to its Facebook Ireland subsidiary, according to a report by Fortune. Claims have surfaced by regulators that Facebook’s accounting firm, Ernst & Young, hired to evaluate the social media giant’s assets being moved, may have used tactics which “undervalued the transfers”.

The practice of shifting profits and intellectual property overseas in order to avoid America’s 35 percent corporate tax is common among U.S. companies. Fortune refers to a Reed College study from May which estimates that U.S. companies will avoid close to $135 million in corporate taxes this year by shifting assets.

“Facebook complies with all applicable rules and regulations where we operate,” a Facebook spokesperson told Fortune. The IRS hasn’t released any recent statement.