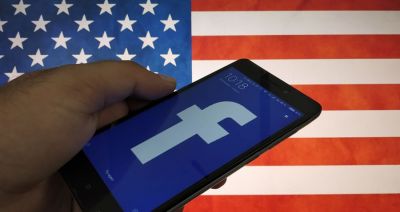 Newstead, a Trump appointee, served in the Justice Department during George Bush’s presidency of the US and has been credited with aiding in the development of the controversial Patriot Act.

The Patriot Act of 2001, also known as the USA Patriot Act which stands for ‘Uniting and Strengthening America by Providing Appropriate Tools Required to Intercept and Obstruct Terrorist Act of 2001’, was created as a response to the September 11 attacks in the USA. The aim of this act was to essentially strengthen national security.

The Act has been under a great deal of scrutiny and has been deemed by many as controversial. Many are of the belief that this act was passed opportunistically after the anthrax attacks, knowing that debate on the matter would be minimal.

The Act ensured greater surveillance power for the government and has in the past, been used to justify the collection of private information.

Many are concerned due to Newstead’s track record of lobbying and legislating for greater electronic surveillance, especially with her being a key player in the creation of the Act.

In a press release by Facebook, which was published on Monday, they stated that Newstead will take the place of Colin Stretch who recently announced his plans to leave the California-based social network.

Facebook COO, Sheryl Sandberg, said in a statement: “Jennifer is a seasoned leader whose global perspective and experience will help us fulfill our mission.”

In the second half of 2018, US law enforcement sent over 32,000 requests for data from Facebook and the FISA court requested content from over 20,000 accounts. However, not much has been revealed about the details of these requests.

Newstead’s new position will give her the power to deny or enable such requests and her track record only proves that she leans more towards the government’s security mandate rather than user privacy.