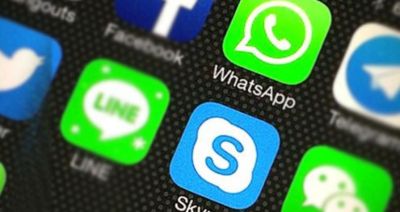 The EU has been constantly revamping its data and privacy rules on the telecoms sector which they first launched back in January 2017. The proposal sparked some push-back from member states and saw some fierce lobbying against them by tech companies.

Europe has made an immense effort to become a global leader in regulating tech giants and their inability to agree on a standardized ePrivacy regulatory policy, has compromised their position as leaders in this field.

Internal Market Commissioner and former finance minister Thierry Breton stated that a new proposal would have to be made and added, “I definitely think that, if I hear you, everybody wants to do something but obviously you are not in agreement.”

The existing EU rules, which date back to 2002, state that strict privacy protection could only be applied to voice calls and text messages which are provided under traditional telecoms, completely disregarding OTTs such as Facebook, Google and Skype from the same oversight.

EU policymakers and ministers have faced several issues with regards to this some of which included how to handle the issue of pornography and child cyber abuse and imposing controls on cookies used by advertisers.

They aim to strengthen bans on spam emails or SMS messages which are sent to users without consent as well as laying out new requirements for WhatsApp and other apps of similar nature to ensure that they make data available to law enforcement agencies.

Technology companies see the reform as unnecessary and that it would just duplicate the General Data Protection Regulation (GDPR) the EU launched back in 2016. The GDPR has become a global benchmark.

The European Commission has hoped for a solution for some time now however, ministers still remain divided on the issue.

In reference to the issue, Luxembourg Prime Minister Xavier Bettel stated, “We’ve been wasting time for three years on this discussion, I hope we can make it.”