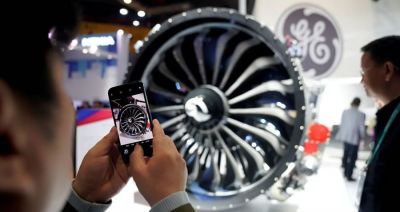 The US Justice Department released a statement in which they claimed that the Chinese engineer had engaged in ‘economic espionage’ and stole technology from the US firm.

John Demers, Head of the Justice Department’s National Security Division, suggested that this arrest was a further illustration of the Chinese government’s strategy to infringe upon US technology and rob them off their intellectual property.

Demers said, “It was a textbook example of the Chinese government's strategy to rob American companies of their intellectual property. We will not stand idly by while the world's second-largest economy engages in state-sponsored theft.”

The US government has also charged Xiaoqing Zheng, 56, of Niskayuna, New York, and Zhaoxi Zhang, 47, of Liaoning Province, China with stealing GE's trade secrets including designs for gas and steam turbine technology.

Zheng, an engineer at GE Power & Water in Schenectady, New York, utilized his access to GE's files by stealing multiple electronic files, including proprietary files involving design models, and emailing them to Zhang in China, according to the statement.

The incident comes on the back of a sustained campaign by Washington to prevent Chinese technology and telecommunication companies like Huawei and ZTE from participating in the rollout of 5G networks. The FCC has also issued calls to block China Mobile from entering the US market, claiming that all Chinese tech-firms represented a threat to national security because of their close ties to the Communist Party of China.

In addition to this, there are reports that US and Chinese officials are nearing a resolution on the final chapter of their new trade agreement, which Washington has indicated will focus heavily on the enforcement of rules in particular in relation to intellectual property protections.

The degree of unfair and unlawful trading practices engaged in by China for decades had to stop. It just has to stop," White House economic adviser Larry Kudlow just days before the announcement of a Chinese engineer being arrested at General Electric.