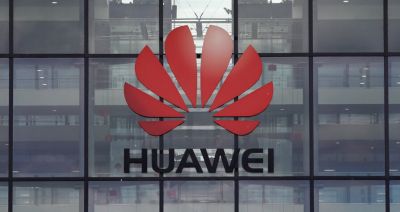 The US and China have been locked in a bitter and bruising trade war that has been ongoing for months. Hopes of a resolution being reached between the two global economic superpowers were dashed following the decision by the US to ban telecommunications behemoth Huawei from its market over fears it is an imminent threat to national security.

The US have both blocked Huawei from its market and prohibited the export of US technology and materials to the company. However, China wasted no time in issuing a warning to the US that its decision will further harm trade relations between the two countries.

Chinese Commerce Ministry spokesman Gao Feng, has blasted the way the US has tried to flex its muscle in trade negotiations with Beijing and slammed it for deliberately singling out China’s tech leaders such as Huawei and ZTE.

He said, “The US's bullying and maximum pressure tactics have caused the China-US economic and trade talks to suffer a serious setback. China does not fear any pressure, and has the confidence, resolution and ability to respond to any risk and challenge.”

The bitter spat between the US and China has affected global financial markets and has sparked fear in other capitals that the dangerous fallout could have a detrimental impact on the global economy.

"I think launching now a technological war or a trade war vis-a-vis any other country is not appropriate," French President Emmanuel Macron warned Thursday.

The confrontation with Huawei has been building for a number of years with the US fearful that the world’s largest company has raced into a unreachable lead over its rivals in terms of developing next-generation 5G mobile technology.

US intelligence believes Huawei is backed by the Chinese military and that its equipment could provide Beijing's intelligence a backdoor into the communications networks of rival countries. The US has thus far not been able to present any evidence which backs up this allegation - but it has pressured some of its allies to ban Huawei from their 5G programs, most notably Australia and New Zealand.

President Donald Trump declared a "national emergency" which empowered him to blacklist companies seen as "an unacceptable risk to the national security of the United States" -- a move clearly aimed at Huawei and ZTE. "This will prevent American technology from being used by foreign-owned entities in ways that potentially undermine US national security or foreign policy interests," Commerce Secretary Wilbur Ross said.