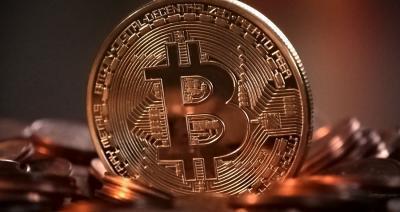 The Central Bank of the United Arab Emirates released a new regulation on January 1, 2017, which appeared to outlaw virtual currencies, which people assumed would include Bitcoin. However, the organization has since clarified its regulation saying the regulations “do not apply to bitcoin or other crypto – currencies, currency exchanges, or underlying technology such as Blockchain.”

The Central Bank issued the regulatory framework for stored values and electronic systems on New Year’s Day – a move that took experts and analysts by surprise – which stated on page 42, D.7.3., that “all virtual currencies (and transactions thereof) are prohibited.”

This led some to believe that the Central Bank was moving to block use of Bitcoin and other crypto-currencies. However, to clarify the regulation, Mubarak Rashid Khamis Al Masouri, Governor of the Central Bank, said in a statement: “These regulations do not cover ‘virtual currency’, which is defined as any type of digital unit used as a medium of exchange, a unit of account, or a form of stored value.”

Al Mansouri continued: “In this context, these regulations do not apply to bitcoin or other crypto-currencies, currency exchanges, or underlying technology such as Blockchain.” The statement further detailed how the area of virtual currencies was “currently under review by the Central Bank and new regulations will be issued as appropriate.”

What’s also surprising about the regulation is that the Dubai government announced in October 2016 that it will become paperless by shifting all transactions to blockchain – an online encrypted database — by 2020. Shaikh Hamdan Bin Mohammad Bin Rashid Al Maktoum, Dubai Crown Prince, launched the Dubai Blockchain strategy in a bid to implement more efficiency in government departments.

However, some welcomed the regulation, such as Ola Doudin, the CEO and co-founder of BitOasis, the first digital currency exchange in the UAE. “We're very glad to hear the Governor’s statement on virtual currencies, bitcoin and blockchain in light of the recent PSP regulations, and we're optimistic about the direction the Central Bank is taking to support innovation in fintech,” said Doudin in a statement.

Others have expressed concern that until the regulations are amended, the Central Bank releasing a clarification does not hold the same legal value. Paul Allen, head of intellectual property and technology at DLA Piper, Middle East said, “At least for now, this means that those who were concerned by the apparent ban on virtual currencies like bitcoin (and the potential impact of this on fintech and blockchain initiatives) can breathe a collective sigh of relief.”