BlackBerry announces sale of its messaging tools to US government 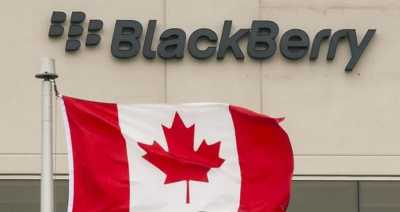 Canadian multinational firm BlackBerry has officially announced it has sold its messaging tools which can be used for encrypting phone calls and text messages to the US federal government – following an endorsement from the National Security Agency (NSA). BlackBerry confirmed that it received notification from the NSA’s National Information Assurance Partnership which reviews commercial technology products to see if they meet enhanced security standards for governments use.

There fear that eavesdroppers are listening in to government communications continues to rise, and has done so over the last number of years. In 2014, one of the first high-profile cases of calls being intercepted was an encrypted mobile phone conversation between a senior US State Department officer and the US ambassador to the Ukraine - the call was intercepted and subsequently leaked online.

BlackBerry is providing the NSA with messaging tools based on technology from Secusmart which is the start-up business the Canadian company acquired in 2014. The start-up had garnered international attention after it won the contract to secure German Chancellor Angela Merkel’s mobile phone in the wake of allegations by a former US intelligence contractor that her phone had been hacked by the NSA.

However, the case into the alleged phone bugging was dropped in 2015, when German prosecutors declared it had not found enough substantial evidence to continue the investigation. BlackBerry has confirmed that its encrypted voice and text messaging products are by other government agencies in Europe, Latin America, Asia and Africa, although Germany remains its biggest customer.

US politics is currently rife with allegations of hacking with two separate investigations underway to determine if Russia played a role in the US presidential election, or if any of Trump’s team conspired with Russian authorities in relation to the election. The FBI and CIA both said it believed Russia was responsible for the e-mail hacking of Democratic presidential candidate Hilary Clinton.