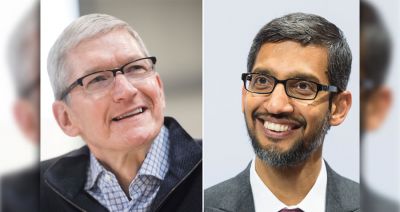 The US Justice Department has filed (yet another) antitrust lawsuit against Internet behemoth Google and it could have major repercussions for Apple. It is estimated that Google pays Apple between $8 billion to $12 billion a year to be the default search engine on Apple’s devices and soon it may all come to a head.

The scrutiny of the deal, which was first agreed 15 years ago and has rarely been discussed by either company, has highlighted the special relationship between Silicon Valley’s two most valuable companies —‘an unlikely union of rivals’ that regulators say is unfairly protecting its monopoly and preventing smaller companies from flourishing.

The Justice Department, which is asking for a court injunction preventing Google from entering into deals like the one it made with Apple, argues that the arrangement has unfairly helped make Google, which handles 92 percent of the world’s internet searches, the center of consumers’ online lives.

The lawsuit describes that the relationship's evolution from Google being the default search engine on Apple's Safari browser in 2005 in exchange for ad revenue to a broader agreement that included iPhones and later Apple's assistant Siri. "Today, Google's distribution agreement with Apple gives Google the coveted, preset default position on all significant search access points for Apple computers and mobile devices," the Justice Department stated.

While the deal is nice for Google - which sees about 50% of its searches originate from Apple devices, it is much more lucrative for Apple considering that the payments are purely profit. This is believed to be the single biggest payment Google makes to anyone, and it is estimated to account for 15 to 20 percent of Apple's annual profits.

"There is a risk, if you play it out, that there actually could be more financial impact to Apple than there is for Google," Toni Sacconaghi, an analyst for Bernstein, told The Wall Street Journal in an article, estimating that Apple stock could decline as much as 20% if the agreement with Google is dissolved.

If we estimate that payments from Google stood at about $10 billion in the fiscal year ‘19 and Apple had to forgo the entire amount, services revenues would be lower by about 22% with total revenues lower by about 4%. The impact on Apple’s profits would be much more evident as it likely incurs no costs to earn these revenues.

However, the Financial Times reported that Apple is stepping up efforts to develop an alternative to Google search. In a small change to the newest model of the iPhone working system, iOS 14, Apple has started to point out its personal search outcomes and hyperlink on to web sites when customers sort queries from its house display.

That internet search functionality marks a necessary advance in Apple’s in-house improvement and provides an alternate if regulators block its profitable partnership with Google. Nearly half of Google’s search traffic now comes from Apple devices, according to the Justice Department, so the prospect of losing the Apple deal has been described as a “code red” scenario inside the company.

The landmark lawsuit, which follows a 16-month investigation by the House of Representatives' judiciary committee, is a part of a broader regulatory push against big tech. However, it remains unclear which of the Silicon Valley companies will prove more vulnerable to mounting regulatory pressure.