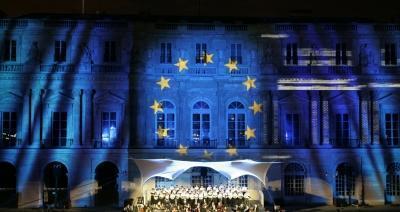 The launch of 5G is supported by many major telcos, including 20 that have promised to introduce 5G in the European Union by 2020 under one condition: governments must weaken net neutrality rules. The coalition, including Deutsche Telekom, Nokia, Vodafone and BT, have outlined their plans in a seven-page document called ‘5G Manifesto’ which details how the companies will introduce 5G across Europe over the next five years. But the document also warns that if European governments don’t allow more openness of internet usage, the 5G plans will not go ahead.

5G is essentially being held ransom by the coalition of companies who hope to see internet used freely. The Manifesto says the coalition plans on designing a 5G Action Plan that will allow them to demonstrate the benefits of 5G in vehicles, health, public safety, smart city, and entertainment by 2018. The coalition also calls for investment from countries to allow for the infrastructure needed to launch the new technology across all 28 Member States of the EU by 2020.

The Verge reports that the coalition is pushing for what they call the “right regulatory environment,” which would involve brainstorming what “dangers” could actually occur if internet policies were less stringent. The Manifest reads: “The EU must reconcile the need for open internet with pragmatic rules that foster innovation. The telecom industry warns that current net neutrality guidelines, as put forward by BEREC [the Body of European Regulators] create significant uncertainties around 5G return on investment. Investments are therefore likely to be delayed unless regulators take a positive stance on innovation and stick to it.”

Last fall the EU rejected amendments to legislation that would have protected net neutrality in Europe. But the laws in place have loopholes that allow for so-called “specialized services” such as self-driving vehicles and medical operation to hop onto internet fast lanes. If the EU hopes to see more innovative services come into play, then Member States will have to pull back on current internet rules. The current rules state that services providers should “treat all traffic equally, without discrimination, restriction or interference.”

The Manifesto has received support from a number of companies such as Airbus, Siemens and Philips. The document has also been praised by the European Union’s Commissioner for Digital Economy and Society, Gunther Oettinger, who said: “The Manifesto is a valuable input for the 5G action plan that will be presented in September, together with the proposal for the review of the telecom regulatory framework.”