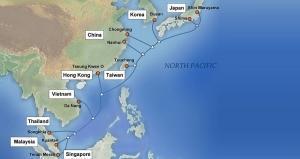 NTT Com said the APG cable would increase data transmission capacity in the Asian region, improve connectivity between various regions and countries and improve redundancy by means of diverse routing.

The 10,400 km APG network uses 100Gbps per wavelength optical transmission technology and has a total capacity in excess of 54Tbps, the highest of any network in Asia, according to NTT Com. It has landing points in Mainland China, Hong Kong, Taiwan, Japan, Korea, Malaysia, Singapore, Thailand and Vietnam.

NTT Com has established two landing points in Japan where the APG cable will connect to the Pacific Crossing-1 cable which runs from Japan to the US.

NTT Com has also implemented diverse landing points in Hong Kong and Singapore for the APG and for the Asia Submarine-Cable Express cable, launched in August 2012. As a result, NTT Com says it now has totally diverse cable routes between the US West Coast and key economic hubs in Asia.

The selection, which is based on predicted organic growth and overall customer satisfaction, was published in Ocean82’s Voice of the Customer: Global Data VPN benchmarking report. 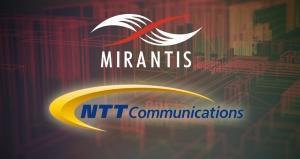 Mirantis, the provider of an OpenStack distribution has partnered with NTT Communications Corporation (NTT Com) to offer fully managed private OpenStack as a service in NTT Com Enterprise Cloud and its data center services across the globe.

Mirantis Managed OpenStack is a managed private cloud based on Mirantis OpenStack software. Mirantis says it gives customers 24x7 "as a service" operations by Mirantis and up to 99.99 percent SLAs on Mirantis' 100 percent open source software and tooling.

NTT Com's Enterprise Cloud, which leverages OpenStack in its core engineering design, serves global enterprises in their IT transformation journeys. Metal-as-a-Service, NTT Com says, delivers a fully automated on-demand service model and is natively connected to its own closed network. It provides 10Gbps connectivity between NTT Com’s global data centers and the cloud.

Mirantis CMO and co-founder, Boris Renski, said the partnership would enable Mirantis to deliver instant-on, hands-off managed cloud experience for its global customers with compelling economics. “With direct presence in 87 countries and regions, NTT Group commands the largest data center footprint in the world," he said. 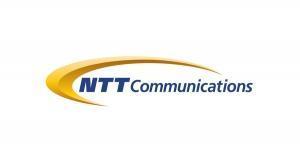 NTT Communications Corporation (NTT Com), the ICT solutions and international communications arm of NTT, has become the first Japanese company to have its platform certified by the Cloud Foundry Foundation. The Foundation’s certification is designed to establish reliable portability across platforms in multivendor, multicloud environments.

According to NTT Com, “Cloud Foundry, collectively developed by multiple companies including leading manufacturing, telecommunications and financial services companies, is an open-source cloud PaaS on which developers can build, deploy, run and scale applications on public and private cloud models.”

It says that customers of its cloud service for enterprises available in 11 countries, and customers on platforms provided by nine other certified providers, can shift applications easily because they all adopt common core components of Cloud Foundry open source technology, allowing them to benefit from the unified structure of application execution platform, API and command-line user interface. This additionally enables customers to use services without the risk of being locked in to a single cloud vendor.

“Customers benefit from rapid delivery through the adoption by NTT Com of Cloud Foundry open-source developments into its own service development,” NTT Com says.

Going forward, NTT Com plans to deliver connectivity via its Arcstar Universal One private network service, and its virtual private cloud enabling customers to use Cloud Foundry in dedicated environments, thereby meeting the demand of enterprises for strengthened security and compliance.

NTT Com says it will leverage the open characteristics of the Cloud Foundry platform to further support its customers by delivering an open ecosystem on a global basis through collaboration with other Cloud Foundry partners.

NTTA Com has delivered cloud services incorporating Cloud Foundry since 2012 making it one of the earliest adopters of their PaaS model to serve enterprise customers, and in particular the first global provider in the APAC region. “As a founder in 2012 of the Cloud Foundry Group Japan, NTT Com has helped to encourage its adoption by enterprise customers in that country,” it says.

The Cloud Foundry Foundation is a non-profit organization formed in 2014 by a number of companies that had developed Cloud Foundry implementations. The list included Pivotal, EMC, HP, IBM, Rackspace, SA, VMware, Accenture, BNY Mellon, Capgemini, Ericsson, GE, Intel, NTT and Verizon. The organization has since grown to more than 60 member companies.

The Cloud Foundry software created in 2011 by VMware which released it as open source software describing it as “The industry’s first open Platform as a Service (PaaS) … architected specifically for cloud computing environments and delivered as a service from enterprise data centers and public cloud service providers.” 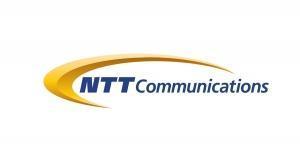 NTT Communications Corporation (NTT Com), the ICT solutions and international communications arm of NTT) is to absorb NTT's Atlas IT subsidiary in a bid to develop a strong leadership position in global managed network, infrastructure and applications services.

Atlas IT will change its name to NTT Com Managed Services, a wholly owned subsidiary of NTT Com. The new company, which already provides remote infrastructure and application management services to mid-market and enterprise customers in EMEA, North America, Asia and Australia, will be tasked with expanding its range of managed services globally.

Shigeru Kitabatake SVP Managed Services, said: "With the financial support of NTT Com we believe the new NTT Com Managed Services business will help us realize our ambition to be a global leader in managed networks, infrastructure and application management."

Damian Skendrovic, who will take the post of CEO NTT Com Managed Services, said: "After several years of successful growth, I am delighted that Atlas IT has been chosen to lead the global expansion of NTT Com's managed services business. With the direct backing of NTT Com we are well positioned to realize our global ambitions and better serve our expanding global customer base."