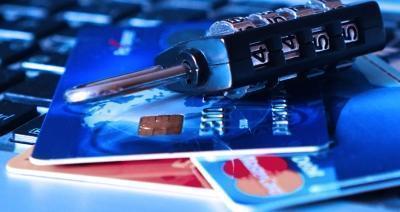 A UAE business has secured a lucrative digital contract in its attempts to create an online shopping empire. Alabbar Properties has entered into a joint-venture with Milan based online luxury fashion retailer Yoox Net-a-Porter (YNAP) in a deal worth a reported €130 million (Dh505.5m). It is remarkably the third digital deal secured by Alabbar Properties as the global property company seeks to stake its claim to the region’s underserved, but fast-growing e-commerce market.

The latest announcement comes just a fortnight after the group launched the US$1 billion e-commerce platform, Noon.com, which is expected to commence trading in January. In addition to this, the chairman of Emaar Properties, Mohamed Alabbar led two investor groups into buying a combined 16.45% stake in Dubai-based global logistics provider Aramex- a company which delivers large volumes of goods bought online from the UAE region.

He had already invested €100 million in reserved capital increase into the Italian company this year through his Alabbar Enterprises Company. The new Dubai-based joint- venture between Alabbar and YNAP will not start trading in the GCC for another year as it continues to integrate and test its technology platforms.

Speaking about the joint-venture, Mr. Alabbar conceded that it was a risk, but said that rewards are plain to be seen – and that they expect the luxury sector in the region to grow at 10 % per-annum – which is also five times the global average.

Mr. Alabbar said: “I want to promote the rewards of the digital space to private businesses and businessmen. If you do not have space in the digital world you die. Our digital tech fund is part of our duty to invest, support, help and grow. Our horizon for the digital space is five to ten years. I think we will still see the same amount of luxury retailers in Dubai Mall in five years if we get it right. I hope to see collaboration between ourselves and the traditional luxury retailers to the benefit of both parties.”

The joint-venture may look to expand its operations to the wider Middles East and African markets in the future, but for now, it is initially focused on the GCC states. Analysts say there is a very high growth potential in the luxury market in the Middle East - and the joint-venture should be a huge success because e-commerce in the region is largely underserved due to the fact that there is simply not enough local e-commerce websites.