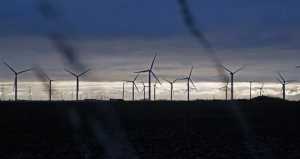 British telecom giant BT said it aims to reduce its carbon emissions 87 percent by 2030, setting itself on a path to help limit global warming to 1.5°C by the end of the century. As part of the transition to a low carbon business model, BT had previously set itself a target in 2008 of an 80 percent reduction of its carbon emissions by 2020.

After reaching this target four years ahead of schedule, BT has set a new 2030 target, approved by the Science-Based Targets Initiative, which is aligned with the most ambitious aim of the COP21 Paris Agreement. This aim seeks to limit global warming to well below 2°C above pre-industrial levels and pursue efforts to limit it even further to 1.5°C by the end of the century.

To meet this ambitious goal BT will be targeting innovative ways to further reduce its dependency on fossil fuels, for example through the adoption of low carbon vehicles in its fleet and reducing the carbon intensity of buildings.

“The role that technology can play in creating a more resource efficient world is both profound and exciting,” said BT Chief Sustainability Officer, Niall Dunne, announcing the target. “The benefits of leading climate action extend to our customers, suppliers and people. Our commitment to this 1.5°C target will help create partnerships and coalitions that continue the unstoppable momentum enabled by the Paris agreement.”

As part of its wider energy program, BT has made strides in reducing its end-to-end carbon footprint which has helped to deliver a total of £221m of energy savings since 2009/2010. BT is also well on its way to achieving its commitment to purchase 100 percent renewable electricity for its operations by 2020, where markets allow, the company said, sourcing 82 percent renewably last year.

In addition, BT promotes energy efficiency by providing products and services that enable its customers to reduce emissions. As part of its 2020 ambitions, BT aims to help its customers cut their carbon emissions by at least three times its own end-to-end carbon impact. So far it has reached 1.8 times, enabling customers to avoid 10 million tons of carbon in 2016/2017, up 32 percent on the previous year. 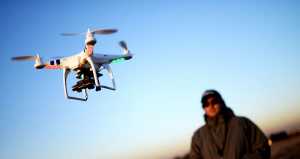 The UK government says it will introduce drone registration and safety awareness courses for owners of small unmanned aircraft (drones). The policy will affect all those who own a drone which weighs more than 250 grams (8oz).

Drone maker DJI has spoken out in support of the new measures. However, details of how the registration process will pan out have not yet been released, and the Department of Transport said “the nuts and bolts still have to be ironed out.”

The Department added that the drone safety awareness tests will involve owners having to “prove that they understand UK safety, security and privacy regulations.”

The UK government also plans to include the extension of geo-fencing, where no-fly zones are programmed into drones using GPS co-ordinates, around areas such as airports and prisons.

“Our measures prioritize protecting the public while maximizing the full potential of drones,” said Aviation Minister Lord Martin Callanan, BBC reported. “Increasingly, drones are proving vital for inspecting transport infrastructure for repair or aiding police and fire services in search and rescue operations, even helping to save lives.”

Callanan added, “But like all technology, drones too can be misused. By registering drones and introducing safety awareness tests to educate users, we can reduce the inadvertent breaching of airspace restrictions to protect the public.”

While drones are undeniably useful and innovative, there have been reports of the aircraft being used to deliver drugs to prison inmates. There have also been incidents of drones narrowly missing commercial aircraft in the sky. However, no significant accidents involving a drone have been reported yet.

Dr. Alan McKenna of the University of Kent told BBC: “Registration has its place. I would argue it will focus the mind of the flyer – but I don’t think you can say it’s going to be a magic solution. There will be people who will simply not be on the system, that’s inevitable.”

The US attempted to introduce similar rules which were successfully challenged in court in March 2017 and as a result are currently not applicable to con-commercial flyers.

Dr. McKenna raised the issue of how it would be difficult for police to identify drone owners and whether personal liability insurance should also be a legal requirement in the event of a drone causing an accident.

DJI spokesperson Adam Lisberg said the plans sounded like “reasonable common sense.” He said, “The fact is that there are multiple users of the airspace and the public should have access to the air – we firmly believe that – but you need system to make sure everybody can do it safely.”

Lisberg added, “In all of these issues the question is, where is the reasonable middle ground? Banning drones is unreasonable; having no rules is also unreasonable. We’re encouraged that [the UK government] seems to be recognizing the value drones provide and looking for reasonable solutions.” 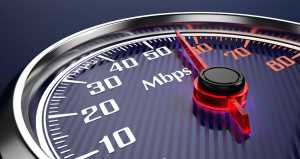 Broadband users in London experience slower speeds than the nationwide average, according to new figures from the consumer group Which?. In some areas of London, users barely achieve speeds above 10 megabits per second which is considered the acceptable standard by British telecom regulator Ofcom.

Other areas below the national average include boroughs such as Southwark, Westminster and Lambeth. Campaigners claim the findings will put pressure on the industry to increase broadband speeds across the country. The findings were sourced from average speeds reported by internet users in each local authority, which shows the real service customers are dealing with and not just maximum available speeds.

According to the Department for Culture, Media and Sport (DCMS), Which?’s data does not reflect the speeds that households could achieve in the UK. The consumer group’s figures showed Southwark in South East London recording average speeds of 10.4 megabits and Westminster recorded 12.9, both below the nationwide average of 17 megabits, The Telegraph reported.

Rural broadband coverage is said to have been prioritized in recent years by Ministers who are introducing a “universal service obligation” that will come into effect in 2020. The obligation will force internet providers to offer speeds of 10 megabits, which is roughly enough to download a film in just under 15 minutes.

Other cities in the UK such as Hull and Canterbury fell well below the national average, according to Which?’s figures, and less than half the average in the fastest areas, which include Tamworth in the West Midlands and Adur on the south coast boasting more than 30 megabits.

Which?’s Alex Neill said: “Far too many households across the UK are suffering from slow broadband speeds, which can stop them being able to carry out essential daily tasks.” Neill predicts the figures will “put pressure on the government and providers to help everyone get a good broadband connection.”

“Superfast Broadband is now available to 93 percent of the UK, and we are reaching thousands more homes and businesses every week,” said a spokesperson for the DCMS, defending against Which?’s findings. “These figures don’t show what broadband is available – they show many people haven’t taken up speeds that are already available to them.”

The government has admitted, according to The Telegraph, that urban constituencies can be underserved by high-speed broadband. This is because state aid rules prevent investment being put into areas where BT and others have announced network upgrades, and some inner city areas have few residential households because of the high number of businesses, making internet providers less concerned about providing residential access.

Busy towns can also make installing improved equipment more difficult due to issues of accessibility and the high cost of street-works.