Disney ending distribution to Netflix to start its own streaming service 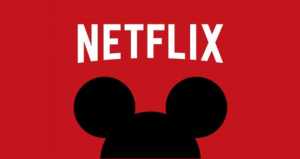 The Walt Disney Company has agreed to acquire majority ownership of BAMTech, LLC and will launch its ESPN-branded multi-sport video streaming service in early 2018, followed by a new Disney-branded direct-to-consumer streaming service in 2019. The company plans to end its distribution agreement with Netflix.

Under terms of the transaction, Disney will pay $1.58 billion to acquire an additional 42 percent stake in BAMTech—a global leader in direct-to-consumer streaming technology and marketing services, data analytics, and commerce management—from MLBAM, the interactive media and Internet company of Major League Baseball.

Disney previously acquired a 33 percent stake in BAMTech under an agreement that included an option to acquire a majority stake over several years, and the announcement marks an acceleration of that timetable for controlling ownership.

“The media landscape is increasingly defined by direct relationships between content creators and consumers, and our control of BAMTech’s full array of innovative technology will give us the power to forge those connections, along with the flexibility to quickly adapt to shifts in the market,” said Robert A. Iger, Chairman and Chief Executive Officer, The Walt Disney Company.

The new Disney-branded service will become the “exclusive home” in the US for subscription-video-on-demand viewing of the newest live action and animated movies from Disney and Pixar, beginning with the 2019 theatrical slate, which includes Toy Story 4, the sequel to Frozen, and The Lion King from Disney live-action, along with other movies.

Disney will also make a significant investment in an annual slate of original movies, TV shows, short-form content and other Disney-branded exclusives for the service. Additionally, the service will feature a vast collection of library content, including Disney and Pixar movies and Disney Channel, Disney Junior and Disney XD television programming.

With this strategic shift, Disney will end its distribution agreement with Netflix for subscription streaming of new releases, beginning with the 2019 calendar year theatrical slate.

Plans are for the Disney and ESPN streaming services to be available for purchase directly from Disney and ESPN, in app stores, and from authorized MVPDs.

“This is an exciting validation of our team, its achievements and the customer-centric platform it’s built,” said Michael Paull, Chief Executive Officer of BAMTech. “Yet, we’ve merely scratched the surface of what can be accomplished in a future where we combine Disney and ESPN’s world-class IP and our proprietary direct-to-consumer ecosystem.”

The BAMTech transaction is subject to regulatory approval, and upon closing, Mr. Iger will serve as Chairman of the BAMTech Board. MLBAM and NHL will continue as minority stakeholders in BAMTech, with seats on the Board. Mr. Paull will report to Kevin A. Mayer, Senior Executive Vice President and Chief Strategy Officer, The Walt Disney Company. John Skipper, ESPN President and Co-Chairman, Disney Media Networks, will manage the new ESPN-branded service.

The BAMTech transaction is expected to be modestly dilutive to Disney’s earnings per share for two years. Additional dilution as the Company implements its direct-to-consumer strategy will be dependent on the Company’s licensing approach and the level of investment in original programming.