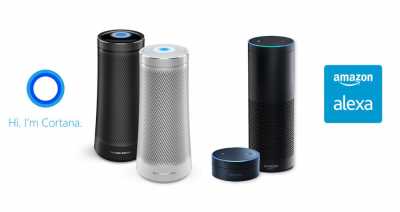 The two US technology giants said Alexa and Cortana will begin talking to each other later this year. Under the agreement, Microsoft customers first will be able to access Alexa via Cortana on Windows PCs, and later on Android and iOS devices, said Andrew Shuman, corporate vice president, Cortana Engineering.

Alexa customers will be able to access Cortana's unique features like booking a meeting or accessing work calendars, reminding you to pick up flowers on your way home, or reading your work email – all using just your voice. Similarly, Cortana customers can ask Alexa to control their smart home devices, shop on Amazon.com, interact with many of the more than 20,000 skills built by third-party developers, and much more.

"Ensuring Cortana is available for our customers everywhere and across any device is a key priority for us," said Satya Nadella, CEO of Microsoft. "Bringing Cortana's knowledge, Office 365 integration, commitments, and reminders to Alexa is a great step toward that goal."

Jeff Bezos, founder and CEO of Amazon, said, "The world is big and so multifaceted. There are going to be multiple successful intelligent agents, each with access to different sets of data and with different specialized skill areas. Together, their strengths will complement each other and provide customers with a richer and even more helpful experience.”

Tractica analyst Mark Beccue speculates that Amazon and Microsoft have mutual interest in developing the ability for their AI assistants to communicate, because neither company has enough presence in the mobile space to stand alone.

He told TechNewsWorld: “Neither Microsoft nor Amazon have the market penetration that Apple and Google do. Their virtual assistants are not very multimodal yet. Maybe they feel stronger together.”

Both Amazon and Microsoft have their own strengths that they can bring to the table; for example, Microsoft is stronger in productivity and search, whereas Amazon is known for e-commerce and has a vast ecosystem of skill applications, including many related to smart home technologies.