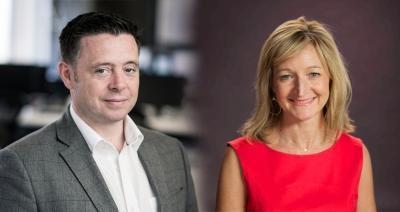 Mobile has taken the world by storm. Data tells us that people are discovering content, brands and products in mobile apps more than ever before. Consequently, advertisers are looking for new and creative ways to share information with people. Leading the mobile revolution is Facebook, boasting the most popular app in the world. The social media giant has mastered the ability to offer its services to users free of charge, by relying on cash flow from advertisers who are eager to share their brands with Facebook’s audience of over a billion.

Thanks to the gargantuan success of its mobile app and the introduction of live video, Facebook blew people away recently with its impressive Q2 2016 results. The company announced $2 billion in net income for the second quarter of this year, which is double what it was just six months ago. But despite this positive growth, relying on advertising isn’t always easy, with more and more users turning to ad-blocking software because of ads that don’t function properly or simply don’t appeal.

To continue its successful presence in mobile, Facebook is committed to building great mobile experiences for people, and doing so also opens up new creative possibilities for advertisers. Jane Schachtel is an expert on the changing face of advertising in the mobile realm, as Facebook’s Global Head of Technology and Telecom Strategy. With a background in digital marketing at Microsoft, and four years in her current position at Facebook, Jane shared her expertise with us in a recent interview, along with her colleague Terry Kane, Head of Auto Finance, Telco and Travel for Facebook and Instagram, Middle East and Africa (MENA).

Together the Facebook executives painted an intriguing picture of how challenging it is for advertisers to tell compelling brand and product stories on mobile in ways that are enjoyable for people and effective for their business.

“Globally, the shift to mobile isn’t happening – it has happened. In many parts of the world, smartphone penetration is upwards of between 40 percent and 80 percent depending on where you are. And the rest of those people, many of them have feature phones,” said Jane. Mobile connectivity is here, and the shift to mobile is really no longer a shift to mobile. It’s here. It’s happening. I think that by 2020, over 50 percent of the entire world will be 4G and 4G LTE connected. That connectivity is here today and is only going to get faster and better for people.”

Terry is based in the United Arab Emirates and leads the conversation for Auto, Finance, Telco & Travel verticals in MENA for Instagram. Through Facebook and Instagram, which he referred to as the “two most famous” social media platforms in the world, Terry said Facebook creates a unique environment for people to share things. The objective of Facebook, he said, is to connect to those family and friends, and brands and businesses that are meaningful to people; whereas the objective of Instagram is to be a place of “discovery where you can discover and effectively find things which are not necessarily part of your daily life.”

In order for Facebook to provide these interactive mobile environments for its customers, the company has to work closely with mobile operators. The relationship goes hand-in-hand. Without telcos providing the connectivity to users, Facebook couldn’t operate its platform. “It’s the world that telecom operators created, so we work with them to reach people on the very devices that they put people on every day,” said Jane. “We really are living in a mobile world.”

What that means is helping operators adapt to that mobile marketing type of work. Globally, the mobile marketing budgets are only about 10 percent of the total ad spends, according to IDC, but the opportunity is massive. People are spending hours on their phones and mobile operators are only spending 10 percent of their total marketing budget there. Clearly there’s an opportunity for them to expand their presence, according to Jane.

“What we do is sit down with them and talk about how they can adapt to this mobile behavior that they have created – that is different to what they’re used to,” she said. “We sit down with them to first understand how they can adapt to people and the things that they care about and talk about on Facebook. We know so much about people because they share their interests with their friends and they share them with us.”

When it comes to adapting to the change, telcos are generally in the midst of their own digital transformation and this means marketing as well. So for the last five years, Jane explained that Facebook has been working with telcos around the world on adapting their marketing to digital and now mobile.

“What makes it challenging is that the creative that they’re used to developing is one-minute television commercials, and what stops peoples’ thumbs in news feeds is something shorter, more impactful, and is very relevant and based on what you care about the most,” said Jane.

“In terms of the transformation, we partner with key selected telecom providers, tech providers, and other companies and other verticals and industries,” Terry added. “Whenever we partner with someone, we provide real value added services such as training, education and access to our creative shop. This is a group of the world’s best creative experts who look at business problems they might have such as brand awareness and brand differentiation, all the way through to how they can sell the latest upgrade to people who are reluctant to upgrade. We really break down those business challenges and then apply what we’ve got as in-house expertise.”

Selecting partners for Facebook to work with comes down to matching business goals, according to Jane and Terry. Facebook works with partners using the tools that Terry mentioned and it “turns into a very strategic partnership because we’re helping them achieve the types of business goals that marketing and a lot of the businesses are essentially reporting on, on a quarterly basis,” Jane explained.

“Particularly within [MENA], there’s no difference in terms of the vertical; they have the same challenges regionally as they will globally,” said Terry. “I think what’s unique about this region is coming back to this penetration of feature phones. There are few places in the world where feature phones will dominate the smartphone, and there are very few platforms like Facebook and Instagram that can take what telco providers and network providers are doing in terms of creative and naturally adapt it to the phone. Somebody sitting in North Africa with a feature phone will still be able to access Facebook and it will be rendered in the way that suits that phone the best, so that’s a critical component.”

Canvas: Bringing Brands and Products to life on Mobile

The struggle is real for the mobile advertising industry. The more time people spend online, the more content they are constantly being exposed to. Too much content can lead to saturation point, where users will lose interest in everything they see. In order to peak a Facebook user’s interest, say in the form of an advertisement, it needs to be engaging, relevant and functional.

Because of Facebook’s reliance on advertising, Facebook’s vice president for advertising and business platform, Andrew Bosworth, recently announced that Facebook will be tweaking the desktop version of its site to make it difficult for ad-blocking software to be effective. Its business is shifting dramatically toward mobile, with only about 16 percent of that advertising revenue coming from desktop ads, down from 24 percent a year earlier. But that 16 percent or so for desktop ads translates to more than $998 million just in the three months ending June 30.

It proves why advertising is so important to any online social platform, because it’s the main source of income in most cases. The trick is to create advertisements in a way that is appealing, useful and creative so that online users won’t mind, or even think twice about its presence, but simply click and enjoy. Facebook’s new platform, Canvas, allows just that.

“When you think about adapting to people and adapting to mobile and delivering long-term business value, telcos increasingly have a lot of different services that they want people to buy,” said Jane. “Sometimes they’re challenged because often they just communicate these only in terms of the price or the strength of their network. The ad network that we came out with recently called Canvas helps telecom operators take how they’re enabling your entire digital life and showcase that in a creative way.”

Often websites that open after someone clicks on are slow to load and not always optimized for mobile, creating a disjointed and frustrating experience for people. And website pages are only growing in file size. In 2015, the average website page, according to Facebook, was three times bigger than it was in 2011, and slow load times are a top reason people abandon a website. These trends prove that advertisers need a better way to share information after people click on their ad, and the information offered after someone clicks needs to load quickly, look beautiful on mobile, and allow people to take action easily.

To make this happen, Facebook created Canvas—a new post-click, full-screen, immersive mobile ad experience on Facebook that loads nearly instantaneously. Canvas helps advertisers achieve any objective by giving businesses a fully customizable digital space on which to build multimedia stories. Canvases open from Facebook ads in News Feed to reveal a full-screen experience where advertisers can use a mix of video, still images, text and call-to-action buttons to build beautiful and effective brand and product experiences on mobile.

“Canvas was built through the collaboration of the advertising community: Facebook engineers, designers and creative shop all working together in a constant feedback loop,” said Jane. “Canvases load approximately 10 times faster than mobile web. The average mobile web page download is around eight seconds.”

Within a Canvas, users can enjoy moving through digital stories easily. They can swipe through a carousel of images, tilt to view panoramic images, and zoom in to view images in detail, making the Canvas experience immersive and engaging in a way that mobile sites aren’t. It’s the next logical step in online advertising, as users become saturated with content and increasingly difficult to please.