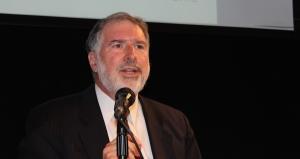 Whether it’s automation of healthcare services, advanced security infrastructure, or self-driving cars, we are witnessing the evolution of cities as we know them. In this period of rapid growth, it’s all about taking advantage of the intelligent technology available, and steering it toward the needs of everyday citizens. Smart cities have long been a concept, but now more financial muscle and technical ability is being added to bring them closer to reality.

US Ignite, a U.S. based NGO, fosters the creation of next-generation internet applications that provide transformative public benefit. By engaging diverse public and private leaders, the organization “ignites” the development of new apps impacting how people work, live, learn and play. We caught up with US Ignite’s founder and CTO Glenn Ricart in sunny Saratoga, who shared details about the NGO’s progress.

An accomplished technologist, businessman, CTO, security specialist, and academic educator, Glenn Ricart has engaged with the latest advances in SDN, virtualized networks, local cloud computing, and gigabit to the end-user, to move the needle on healthcare, education, public safety, transportation, energy, and advanced manufacturing. His organization is an independent, nonprofit, with original inspiration from the White House Office of Science and Technology Policy and the National Science Foundation.

In 2015, US Ignite won a $6 million grant from the National Science Foundation to build test-beds for smart gigabit applications in 15 U.S. cities. Each US Ignite community receives access to a fast, low-latency network with local cloud and storage capabilities to support interactive experiences not possible with the commercial internet, according to US Ignite. In return, cities must fund and build two next-generation apps that will be shared with the nationwide ecosystem of gigabit-connected cites.

“We look at applications in what we call public benefit areas,” said Ricart. “In those six areas, we look at what we could do with an advanced technology infrastructure, which either means gigabit capabilities, such as Google fiber, AT&T GigaPower; or what we could do with low latency, because today cloud applications on the internet can take an average of one-to-two seconds to respond, and that’s too slow for energy sharing and medical applications where you need quicker response to events that happened.”

“Software-defined helps in some ways because it’s more resilient. It helps cities cope with natural disasters,” Ricart added. “For example, with software-defined networks, you can divert bandwidth to public safety applications, but only when needed, so you avoid doing a complete over-build for public safety purposes. We’re seeing a lot more interest in advanced wireless, helping cities to be smart. I think the notion that smart cities are good no longer has to be proven to people, but people do want to see return on value.”

US Ignite is active in many U.S. cities, and the organization is in talks with a number of other countries about collaborating programs. The NGO has an agreement to work with a city in Brazil, and also cities in Canada, Japan, South Korea and Taiwan. Mainland China represents a major opportunity, but there are political barriers.

The European Commission (EC) has a coordinating program that US Ignite is working with under its Horizon 2020 Program – the “biggest EU Research and Innovation program ever,” according to the EC, with nearly 80 billion euros of funding available over seven years. It promises more breakthroughs, discoveries and world-firsts by taking ideas from the lab to the market.

“We see a wide variety of cities having various kinds of leads in certain areas,” said Ricart. For instance, in terms of sensor wiring implementation, Santander, a city on the north coast of Spain, stands out to Ricart. But in terms of smart transportation, Portland, Oregon is exemplary. Singapore has also taken a leading approach, which is “really quite impressive” proving how much a city can achieve through effective leadership.

“There are examples of where Cisco has worked towards developing smart city infrastructure; various initiatives including the IBM Smarter Planet, and the Cisco Smart & Connected Communities,” said Ricart. “They have the advantage of being integrated for all the services the vendor provides, so they’re doing very well in that respect. It all depends on what you’re looking for.”

Noise pollution, for instance, is a problem unique to a city like New York. It has “taken the lead in distributing smart sensors that find out where majority of the noise is coming from at night, even down to taking sonic signatures of car horns, and the sensors can tell which manufacture of horn it is.”

While US Ignite is working towards safer and cleaner living through the use of technology, it comes with various challenges. In the case of self-driving cars, he referred to complications with autonomous recognition of road objects. For example, if a human driver sees a ball bouncing in the street, they might assume that a child will come after it, and subsequently pause. There’s lots of interesting cases to consider. But not all aspects of autonomous vehicles are negative.

“It’s going to free up what some people think is about a quarter of space in the urban core, which is now being used for vehicle storage,” Ricart explained. “Self-driving cars are going to require less traffic lane space for a given amount of traffic, so they’ll allow for densification of urban areas, by allowing themselves to run closer together. They will emit less pollution because the start and stop of regular cars is what creates majority of pollution.”

US Ignite’s emphasis this year has been to share applications between cities, and trying to get the applications in such a form that they can be picked up and dropped into a city and be effective immediately with minimal issues. “That means you need interchangeable ways of logging in, and you need to be able to run it on interchangeable platforms,” said Ricart.

“The more applications you have and the more cities you have, you then get a multiplicative effect. We think that in the next three-to-five years, this could become self-sustaining, and in fact we are seeing a few cities which are joining in our program and finding the funding to be able to do their activities in it themselves.”