F(x)tec brings the keyboard back to smartphones 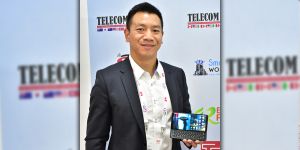 F(x)tec is a London based smartphone manufacturer which initiated in 2018. Its mission is to bring back technologies and features that we love into modern smartphones. F(x)tec released the Pro 1, designed to allow the user to choose between a virtual keyboard or a physical keyboard, among many other features. Telecom Review had the chance of meeting Adrian Li Mow Ching, CEO and co-founder of F(x)tec, at GITEX technology week in Dubai.

What challenges do start-up companies face at the moment in such a saturated market?

It’s very important that start-ups find their niche. In a saturated market like smartphones, this is paramount. You need to have a very clear picture of what you are good at, what you want to achieve and who you want to target. There are many brands who make the mistake of packing every feature they can into a phone and try to sell it for the cheapest possible price. The problem is that you will never succeed against big global manufacturers like Apple or Samsung. For us, we have a niche that we are really passionate about. We know our target market, we understand our customers and we know what they like. With this understanding, we can create the best product.

Tell us about Pro 1, what is different about your product?

We formed last year and we brought our first product to the market. It’s called the Pro1. It provides the total android experience for our customer base. It is purposely designed for everyday use where true multi-tasking comes to life. The Pro 1 packs a slim design that conceals a full slide out keyboard. This allows users to choose between a virtual keyboard or a physical keyboard, providing the best of both worlds. The main purpose of this has been is to enhance productivity for the end user, whilst remaining functional. The landscape QWERTY keyboard combined with the large 5.99 inch dual-curve AMOLED display allows for optimum efficiency, so users can complete everyday tasks such as answering emails and browsing the internet without compromising screen size. The split screen experience also helps users multitask by allowing two apps to be displayed on screen at the same time. With an optimum viewing angle when opened, the device is perfect for watching YouTube videos or films on the go. The device is perfect for everyday use, working on the go and travelling. Our main mission is to bring technologies and features that we love back into modern smartphones.

Aside from the keyboard, what are other preloved features that you think might be of interest to your customers?

As well as the keyboard, the Pro 1 has a 3.55mm headphone jack which is universally simplistic and we also love the nature of using plug in headphones. There is also a physical camera shutter button along the right side of the device for taking photos. Both of which are simple yet effective to operate. We believe that incorporating such preloved features into the device allows us to put our own spin on the modern smartphone, a nostalgic nod to the past.

French telecom group Orange is strengthening its corporate venture strategy by creating a new Africa section in its flagship program for investment in startups, Orange Digital Ventures. As part of this initiative, the Group is committing 50 million euros corresponding to half of the direct investments made via its new Orange Digital Ventures Africa program; the other half is devoted to indirect investments through specialized funding for Africa.

Orange Digital Ventures Africa is the Group’s investment vehicle for early-stage innovation projects in Africa in areas such as new connectivities, FinTech, the Internet of Things, energy and e-health. The objective is to target startups offering responses to Africa’s fundamental challenges while leveraging the operator’s assets on the continent. This support will concern all innovative startups, whether they are based geographically in Africa or they address African issues from another continent.

A dedicated team based in Dakar, Senegal will be set up next September for the program in order to respond to the startups’ need for responsiveness and simplicity. This new initiative underlines Orange’s commitment in Africa, a growth territory where currently nearly one of every ten inhabitants is an Orange customer, and its determination to always be a cutting-edge player in digital ecosystems.

It supports Orange’s existing open innovation initiatives in Africa, such as the Orange Fabs in Côte d’Ivoire, Cameroon, Senegal and BIG in Jordan to facilitate partnerships with the start-ups; the network of partner incubators such as CTIC in Dakar; the availability of Orange APIs on the continent; and the Orange Social Venture Prize recognizing social entrepreneurs in Africa.

“Since the beginning of Orange Digital Ventures, the new services and business models in Africa have been one of the priority investment themes of our corporate venture business,” said Pierre Louette, Deputy Chief Executive Officer of Orange and Chairman of Orange Digital Ventures. “With this announcement, we are engaging a bit further alongside the African digital ecosystem, which like everywhere else and maybe even more than elsewhere carries with it a development challenge.” 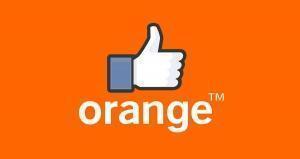 Orange is working with Facebook and Telecom Infra Project (TIP), a global engineering focused initiative that aims to transform the traditional approach to building and deploying telecoms network infrastructure, to support startups focused on network infrastructure innovation by launching a new “Telecom Track” as part of its Orange Fab accelerator program in France.

This partnership will look to pursue the best innovations and talent within the sector, and provide startups with support and counsel from experts at Orange, TIP and Facebook – while facilitating networking and internal and external investment opportunities.

The project will be managed through Orange Fab France, Orange’s accelerator program for startups at Orange Gardens, an eco-campus in Paris devoted completely to research and innovation. Engaging directly with leading experts from within Orange and its partners, startups will be able to work with the Group on tackling a number of network-related issues, ranging from network management to new access technologies, across a number of regions.

The startups will receive all of the current benefits as part of the existing Orange Fab program, in which they will participate in dedicated workshops, mentoring sessions with experienced specialists, receive an optional €15,000 in funding, and have access to work space at the Orange Gardens, where the Group’s research and innovation teams are based.

In addition to drawing upon the global Orange Fab network, the startups will have access to experts from the TIP community, TEAC, and Facebook. This framework will help them connect to innovation teams, investment partners, and venture capitalists who can provide additional expertise and potential funding in order to launch new products and services.

The call for projects has opened today and candidates will have until 14th May 2017 to submit entries. After three weeks, a number of startups will be selected to join the acceleration program, followed by the opportunity to present at an Orange launch event in June attended by Orange, TIP and Facebook executives, and partners and venture capitalists. Further along the acceleration process, the selected startups will be invited to pitch at a TEAC event being held in San Francisco at the end of the year.

“As part of our network evolution towards 5G and future technologies, there is a huge opportunity to innovate at the network level, and a need to support the bright minds and talents that will keep pushing telecoms innovation forward,” said Mari-Noëlle Jégo-Laveissière, Executive Vice-President of Innovation, Marketing and Technologies, Orange.

“We believe that with our partnership with Facebook and the opening of the new Telecom Track, we are able to encourage and support this community of startups, which has the ability to really disrupt this space and develop new innovation within telecoms.”

“Facebook is looking forward to working with Orange and TIP to support this start-up accelerator,” said Jay Parikh, Head of Engineering and Infrastructure, Facebook. “Working together, we hope to help identify and support telecoms network infrastructure innovation while helping pave the way for future breakthroughs.”

In order to further accelerate the scaling of the participating startups, Orange Digital Ventures will support this new “Telecom Track” and provide fundraising guidance and Venture Capital networking opportunities through its investors’ alliances. Orange Digital Ventures is already actively contributing to transforming the Telecom landscape through its portfolio of investments, and will potentially invest in the participating startups. 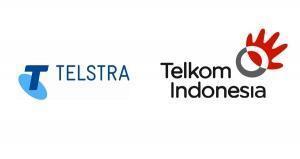 Telstra already has a joint venture, telkomtelstra, with Telkom Indonesia, a managed services provider in Indonesia, formed in 2014.

Telstra group executive, international and new businesses, Cynthia Whelan said Telstra Ventures had invested over $A200 million in more than 30 different technology companies over the past five years, giving it access to new revenue streams and technology it could use in-house and provide to customers. “Our ventures investments are increasingly occurring in Asia and we are very excited to be collaborating with Telkom to identify the best new emerging technology companies in the region,” she said.

“With the entrepreneurial talent across South East Asia and a population of 600 million people, including some of the heaviest users of social media and mobiles in the world, this a great time to be working more closely with Indonesia’s biggest telecommunications company on investment opportunities. There are many emerging technology start-ups in the region, including in areas like e-commerce, e-health, the Internet of Things and fintech.”

She added: “Through our existing joint venture with Telkom, telkomtelstra, we have seen the pace with which new businesses are reaching scale in response to the digital transformation of the economy and the fact that the middle class in this part of the world is expected to double over the next decade.”

Cisco to invest $100m in India 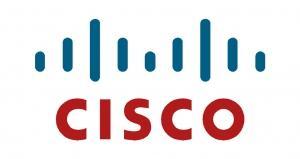 Cisco has announced plans to invest $100m in India, including $40m to fund early-stage and growth-stage companies and train 250,000 students in India by 2020.