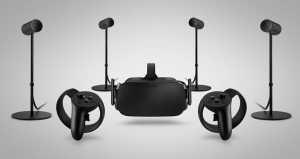 For the second time this year, the price of Oculus Rift virtual reality (VR) headset equipment dropped, fueling speculation that the technology has become difficult to sell. The price of the headsets was reduced to just $399 for the company’s ‘Summer of Rift’ sale. Oculus VP, Jason Rubin insists the reduction was an attempt at giving the hardware mass market appeal now that games are more available, but critics aren’t as optimistic.

VR emerged as a Kickstarter campaign in 2012 when startup Oculus promised a transformative and immersive experience for users like never seen before. In 2016 the technology debuted commercially after Facebook purchased Oculus for $3 billion in 2014. Other successful VR brands include Sony’s PlayStation VR and the HTC Vive. VR was hailed as an entirely new form of technology that could revolutionize entertainment and communication.

“Imagine enjoying a courtside seat at a game, studying in a classroom of students and teachers all over the world or consulting with a doctor face-to-face – just by putting on goggles in your home,” said Facebook founder and chief executive, Mark Zuckerberg after the company acquired Oculus in 2014. Zuckerberg’s VR ambitions have been met to a degree, but there are signs that Oculus Rift, among its competitors, hasn’t met its mark.

The price drop of the Oculus Rift has given rise to the belief that the hardware is too expensive and out of touch with everyday consumers, and that the only way to get more consumers on board is to make VR equipment more affordable and less high-end.

For the Summer of Rift sale, Oculus Rift headsets with matching controllers cost just $399 which is $400 less than when the product first hit the market, and $200 less than when its price was initially slashed in March. The price cut propelled the Oculus Rift to the bottom of the price chain, making it even more affordable than its cheapest rival, Sony, which sells PlayStation VR at $460 including headset and controllers.

In an interview with Reuters, Oculus vice president, Jason Rubin defended the hardware price cut against those who suggested it was initiated because the product was failing to sell. He said the reduction wasn’t a sign of weak product sales, but rather a move to give the Oculus Rift headset more mass appeal now that VR games are more available.

However, critics have been quick to highlight the fact that Oculus has faced its fair share of controversy lately, including the closing of its nascent film studio, as well as the shutdown of many in-store VR demo stations, and a controversial intellectual property lawsuit.

In February, Oculus was ordered to pay half a billion dollars to the gaming company ZeniMax after a jury determined that Oculus founder, Palmer Luckey, failed to comply with a non-disclosure agreement. ZeniMax sued the virtual reality startup in May 2014, months after it was acquired by Facebook. The game-maker alleged Oculus had improperly used code from ZeniMax to build its VR headset. Oculus said it would appeal the decision adding that the company was committed to the “long-term success of VR”.

The continual price drops in Oculus VR hardware are great for consumers wanting to try out the technology at an affordable price, but it certainly raises the issue of whether or not Facebook is concerned about the product’s market penetration and the overall entry price of virtual reality technology. There are also concerns that consumers are reluctant to try the clunky headsets which are unfamiliar to them.

CCS Insight analyst Geoff Blaber told Technology Review: “I think in a store environment getting people to sit down and go through that experience [demo] of getting a headset on and getting set up is quite a difficult thing to achieve.”

Blaber believes VR will appeal to a larger market once companies can convince consumers that the technology is about more than just gaming. Another important characteristic holding back VR’s mass appeal, according to analysts, is that the high-end systems require a PC with very high specs which makes consumers reluctant to purchase the hardware knowing there are high costs involved.

There’s speculation that Oculus dropped the price of its VR hardware because it’s planning to drop something better soon. Consumers will be aware that it has been more than a year since the first-generation of systems from HTC and Oculus were launched and they will be anticipating when the next, more advanced hardware will come along. Consumers might be thinking: ‘Is it really worth spending all that money now for VR hardware that could soon be second best?’

In addition, Oculus will now have a better chance of competing against its rival HTC Vive which sells for $799 ($300 more expensive than the Oculus Rift). Oculus will be keen to expand its market share, which is currently around half of HTC’s, according to Steam Hardware & Software Survey of June 2017. HTC Vive is the most popular VR headset, the survey reports, followed by Oculus Rift.

Could mobile be the solution?

The VR industry is set to become a $7 billion business this year, according to an April 2017 report by Greenlight Insights, which also predicts that global VR revenues will totally close to $75 billion by 2021. But these estimates must be taken with a grain of salt, because the main players in VR headsets haven’t yet revealed any actual sales numbers for their equipment. HTC Vive and Oculus have been silent about their figures so far.

Samsung, however, has come forward with promising results from sales of its mobile Gear VR headsets. In an official announcement during a press conference at CES 2017 in January, the company said more than 5 million of its headsets were already in consumers’ hands globally. The company also said those users have watched more than 10 million hours of video in Gear VR, and the mobile headset is currently available in 20,000 retail stores across the US.

Google also shared the success of mobile virtual reality with its Daydream VR headsets. 260,000 of the headsets were sold in the last quarter of 2016, according to SuperData Research; however, Google hasn’t yet revealed any official numbers. The company also says more than 10 million of its Cardboard viewer headsets have shipped worldwide, with 160 million downloads of Cardboard apps on Google Play.

The success of Google and Samsung’s mobile VR headsets suggests that VR for smartphones could be the way to attract mass appeal to the technology. HTC has caught on to the trend and is expected to soon follow up the Vive with a new VR mobile system. HTC’s president of global sales, Chia-lin Chang, said the company has a “good plan in terms of combining mobility with VR” in a recent interview with CNET in Singapore.

HTC is also focused on creating more content for VR, especially since the amount of fresh VR content that appeared at CES was “underwhelming” according to analysts who attended the event. HTC relies on the success of its VR products due to its stumbling core phone business, and is working hard, according to Chairman and CEO Cher Wang, to foster more VR content to keep the industry humming.

“We have learned much from our entrance into the world of virtual reality,” said Wang, “and we believe our focused approach to building the ecosystem is the right strategy to enable the whole industry to expand through the creation of compelling content and rich experiences.” 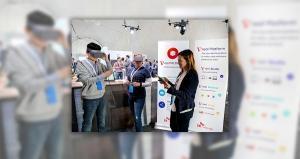 SK Telecom explained that the most distinctive feature of 'T Real VR Studio' is the easy accessibility to VR content creation. 'T Real VR Studio' provides voxel-based modeling functions optimized for mobile VR controllers, building a simplified content creating environment that does not require professional knowledge. The created content is uploaded to the cloud and automatically converted to specialized 3D format (obj or Unity Scene format), and later can be modified and reloaded by professional tools such as 3D Max or Unity.

As VR content creation requires high level of technical expertise, it was originally limited to professional designers and developers, and was passively consumed by users. Now, with 'T Real VR Studio,' all users including amateurs can create and share VR content in an easy and flexible manner.

SK Telecom sees great potential of VR technology and believes that inexhaustible VR content will potentially appear in various application areas such as gaming, education, construction, and marketing with the advent of 'T Real VR Studio'.

For example, the platform may help to create a block game for children which they can play at home, or an architectural simulation program to design a new city and forecast diverse situations by arranging various buildings and facilities. Furthermore, it can even design program that helps to make better design plan by reorganizing internal and external structure of the machine parts materialized in 3D.

"To popularize VR, it is essential to enrich the VR content used in educational and industrial fields in addition to consumption-based content for gaming and entertainment', says Alex Jinsung Choi, CTO of SK Telecom. "As 'T Real VR Studio' allows concurrent multi-user access to produce and modify VR content, we at SK Telecom are expecting an innovative change in the VR environment, leading to a 5G era that enables ultra-high speed and ultra-low latency transmission of massive data", he added.

SK Telecom has been involved in AR·VR technology development since 2010. The company released an AR platform 'T-AR' in 2014, and extended to 'T Real' as total AR/VR platform in 2016. Regarding T real, the company is providing Soft Development Kit (SDK) to developers at no charge. SK Telecom is also actively cooperating with partners such as Leap Motion and Inuitive in developing manipulation technology for virtual content, such as gesture recognition and tracking based on 3D depth sensor. As part of the AR·VR projects, SK Telecom has demonstrated 'T-AR for Project Tango' in collaboration with Tango, Google's AR platform, at Google I/O 2015.