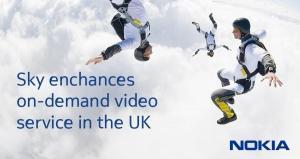 Nokia announced that its Velocix Content Delivery Network (CDN) has been deployed by Sky, one of Europe's leading entertainment companies. The alliance enhances Sky's high-speed video and data services for the company's millions of UK customers.

Nokia is providing its Velocix Managed Service expertise - via its CDN Network Operations Center - to assure faster time-to-market for Sky, which will gain fuller control of design, implementation, and operations. In particular, the new solution provides better visibility for traffic demands and flows, ensuring greater predictability of performance and network usage compared to its current CDN service.

The migration of existing Sky services to the Velocix CDN was seamless. Using the advanced features of the Velocix Proxy Language, call flows were easily customized without requiring product development.

"Nokia is a trusted partner of Sky. Using Nokia's Velocix CDN, we have greater traffic visibility in the network, allowing us to regain control of managing the network capacity,” said Mohamed Hammady, UK Chief Technology Officer, Sky. “Deploying the solution deep in the network also ensures we can manage delivery more effectively to improve performance and the customer experience. The introduction of Velocix CDN to support growth of our video on demand services was seamless."

Deployment of Nokia's Velocix CDN across the Sky UK network satisfies the content demands of of customers subscribing to both broadband and satellite services. Traffic has been live in the network since the end of 2015. Sky can modify how a request for content from subscribers is treated depending on a user's location or device. This opens up a wealth of personalization opportunities to improve the customer experience, or traffic management on the network.

Nokia solution currently serves the Sky On Demand service content. Sky and Nokia are jointly working to expand the Velocix solution to also support Sky Go and Now TV services for live TV and video on demand. The Velocix solution gives Sky greater deployment efficiencies in terms of data center density and footprint, as well as power and connectivity options.

"The Sky project represents a milestone for Nokia as it's the first deployment for a nationwide broadcaster and builds on Nokia's number one position in the service provider CDN market,” said Paul Larbey, head of Nokia's IP Video business. “It shows that our Velocix CDN - which delivers high-quality programming - aligns with the needs of broadcasters and content providers in addition to those of IPTV and cable operators. Our innovative IP video portfolio will help Sky manage traffic more cost-effectively and efficiently." 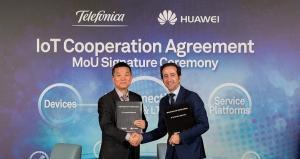 Huawei and Telefónica announced on December 23, 2016, that they have signed a strategic Memorandum of Understanding (MoU) to work together on jointly developing the NB-IoT markets in Europe and Latin America. The two companies have already started their first trials of a NB-IoT solution and are aiming to start to launch commercially in Europe and Latin America during 2017.

The MOU marks the beginning of a new phase of comprehensive collaboration for the two companies. They will also start collaboration concerning the alignment of end-to-end NB-IoT solutions, interoperability, ecosystems, IoT platform evolution and joint marketing, to develop the upcoming large-scale commercialization of IoT, and enabling Telefónica to boost the number of connected devices in the next 5 years.

The end-to-end NB-IoT solution is designed to meet Telefónica’s requirements for massive IoT services with low-power and wide-area (LPWA) coverage. Developed based on 3GPP standards, the solution underpins flexible networking under various industry and use scenarios. In addition, NB-IoT device and application partners could easily get access to the solution, enabling business innovation and scenario-based customization. 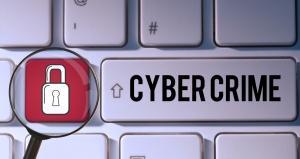 Europol have seized the domains of 4,500 websites after they discovered that they were peddling fake brands and products to consumers online. The massive crackdown saw Europol work closely with police and law enforcement officials all over Europe in their attempts to close websites guilty of engaging in mass fraud.

It was established that the websites were trading in counterfeit goods and that thousands of people had been duped by the elaborate scam across a series of regions in Europe. It also emerged that some of the products sold posed a serious health and safety risk to consumers.

A spokesman for Europol said: “The internet has become an essential channel for e-commerce. Its instant global reach and anonymity make it possible to sell nearly anything to anyone at any time.Counterfeiters know it and are increasingly exploiting the unlimited opportunities the internet offers.”

Agencies from over 27 countries were involved in the operation, with most coming from Europe, although some agencies from the US and Canada were also involved in the crackdown on internet fraud. Products ranging from luxury goods, sportswear, spare parts, electronics, pharmaceuticals and other fake products were being peddled by the fraudsters.

Europol director Rob Wainwright revealed that an operation held in collaboration with the US Immigration and Customs Enforcement and Homeland Security is held every year, and he disclosed alarming details that there had been a ‘significant increase’ in the number of seized domains names in contrast to last year.

In the last fortnight Dutch anti-fraud police squad arrested a dozen people across Holland as they searched homes and warehouses. It was also disclosed that the sale of counterfeit goods had occurred on social networking sites such as Facebook and Instagram.

The Dutch Fiscal Information department released a statement on Europol’s crackdown operation in conjunction with other agencies. It read, "This is a relatively new phenomenon in the trade in counterfeit brand names - more than 3,500 items of clothing and fake luxury goods were seized in Holland, including shoes, bags and perfumes purporting to be such brands as Nike and Adidas with a market value of tens of thousands euros.”

Publishing a guide on how to spot fake websites and social media scams, Europol warned consumers had to be on their guard. "When shopping online, you are more likely to fall victim to counterfeiters," it said as "without the physical product to look at and feel, it can be more difficult for you to spot the differences.”  It also warned that by using illicit websites online shoppers "are exposing your computer or mobile device to cyber-attacks like phishing or malware." 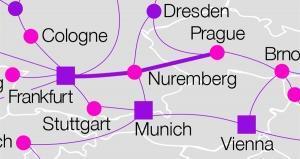 Telia Carrier announced that it has extended the reach of its global, top-two ranked IP backbone to complete the Frankfurt-Warsaw Express, a direct DWDM route from Frankfurt, Germany to Warsaw, Poland. The additional route provides increased resiliency and redundancy to Telia Carrier’s network, offering wholesale IP Transit, Wavelength and Ethernet services for carriers, content providers, cloud providers and mobile operators in the region.

The Frankfurt-Warsaw Express includes break-outs in Prague and Nuremberg, allowing Telia Carrier to not only service the growing Czech and Polish regions, but also address network traffic coming in to Warsaw from China and Russia. Additionally, the wholesale carrier offers a low latency alternative path to major datacenter hotspots in Germany, such as Berlin and Munich. As well as offering customers increased quality of service, the Frankfurt-Warsaw Express further extends Telia Carrier’s top-two ranked global IP backbone, AS1299.

“Frankfurt to Warsaw is one of the largest telecom routes in Europe, this expansion enables Telia Carrier to serve customers in the region with diverse connections and low latency,” said Johan Godal, global product manager, wavelength and network outsourcing services at Telia Carrier. “By adding more routes eastward, Telia Carrier continues to be at the forefront of providing global connectivity services on a resilient backbone.” 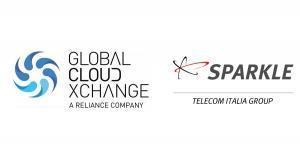 TI Sparkle announced that Global Cloud Xchange (GCX), a subsidiary of Reliance Communications, has expanded its reach into TI Sparkle Sicily Hub in Palermo with a multiservice PoP, providing enhanced coverage and increased diversity options to support the customer’s business growth in the region.

With an ever growing presence of multi-breed global players, TI Sparkle’s Next Generation Data Center and open ecosystem Sicily Hub continues to attract new eyeballs, content and interconnections to international infrastructure and a complete service marketplace where service providers, content and media players and system integrators have an opportunity to grow their business.

Located closer than any other European peering point to North Africa, the Mediterranean and the Middle East, TI Sparkle SICILY HUB is served by Seabone, TI Sparkle’s Tier 1-grade Global IP Transit service, while its open and resilient configuration supports carriers and ISPs that want to enhance the redundancy of their networks.

In addition, through DE-CIX’s IX platform, Sicily Hub allows carriers that land their IP backbones in Sicily to directly interconnect with each other and to other providers that have a presence in the facility. These other providers include some of the world’s most well-known and largest content players.

“Global Cloud Xchange latest presence in our Sicily Hub with a multiservice PoP confirms how relevant Palermo is becoming as the hub of choice for any global player active in the Mediterranean, Africa and the Middle East,” says Alessandro Talotta, chairman and CEO of TI Sparkle.

“GCX has a committed and long standing history of serving customers across Europe as the region continues to be a strong market for us,” said Bill Barney, CEO, Reliance Communications (Enterprise) & Global Cloud Xchange. “The new Palermo PoP complements our existing capabilities in the region, while further enhancing our ability to meet the growing demand for high performance, low latency connectivity across Africa, the Mediterranean and the emerging markets.”

TI Sparkle Sicily Hub has been designed with the most advanced technologies and follows the most restrictive technical parameters typical of Telecom Italia Group’s Next Generation Data Centers.