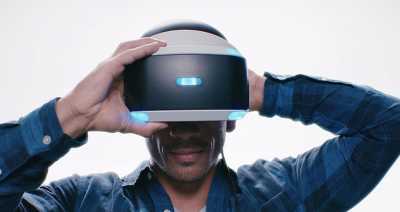 Research by the British Broadcasting Corporation (BBC) claims virtual reality systems need to fit easily into people’s lives if the technology is to be successful, and need to be as simple and intuitive as watching television.

As younger audiences move away from traditional media, the BBC justifies its increasing involvement with VR because it must ensure that it has the expertise in new mediums that young people will move to. The BBC says it wants to provide younger audiences with quality public service content.

The broadcaster’s Taster division recently revealed details of its latest move to examine the potential of virtual reality with a free app available for Android and iOS platforms. The BBC study with Ipsos looked at virtual reality usage in homes across the UK, following eight teenagers and adults using VR over three months.

The study highlights the value that virtual reality can bring to people’s media habits, such as the ability to walk in someone else’s shoes and better understand the world around them. Experiences where you can do something you normally wouldn’t be able to do stand out as the main benefit and attraction to VR.

However, the study also cautioned that there needs to be better curation and content discovery, and a higher supply of quality content that is “worth the effort” of leading an audience on a VR journey. The study found that experiences without a narrative or goal tended to fall flat. In contrast, experiences with clear objectives tended to work well.

The study also went on to describe four challenges that need to be kept in mind when assessing the opportunities that virtual reality can bring. The four challenges include determining the occasion in which VR will be used; the hardware; discovery of content and the current poor user experience; and the play-out.

The BBC, calling for action from the findings of the study, said there needs to be more consistency and open standards in what is currently a fragmented virtual reality market. This, it claimed, will provide a better experience for audiences and greater certainty for content creators, so they can produce VR experiences not limited to a small set of expensive systems.