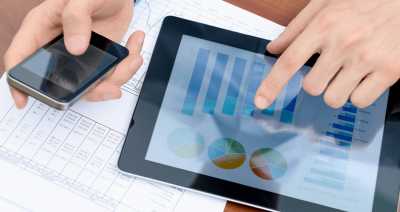 While Q2 2017 showed signs of an increase on a slower first quarter, suggesting signs of an improvement for the remainder of the year, the outlook still remains volatile, according to Strategy Analytics, with longer replacement cycles and GDPR (general data protection regulation) likely to impact the market over the short to medium term.

“Overall, the business smartphone industry expanded steadily in the second quarter, Samsung saw positive shipment growth while Apple's shipments slipped by 11 percent,” said analyst Gina Luk. “Android and iOS are the two dominant operating systems in the market, as Windows 10 smartphone shipments continued to be squeezed out by the industry with close to zero market share.”

Through the first half of the year, the pace of business mobile devices shipments appears to be on trend with what the industry is accustomed to seeing with the current expansion – shipments registering disappointing first quarter growth performance to be followed with a stronger pace of growth in the second quarter, according to Strategy Analytics.

“The worldwide business tablet market remains volatile; it rebounded slightly to reach 17.3 million units in the second quarter, a 7.5 percent increase from Q1 2017, but year on year growth was flat at 0.7 percent on Q2 2016. The picture is still quite mixed,” said Andrew Brown, Executive Director of Enterprise Research at Strategy Analytics.

“North American business tablet volumes were up 5.4 percent sequentially in Q2 2017, however shipments declined 4.2 percent year-on-year,” he added. “The story was similar in Central & Latin America, which grew 2.2 percent quarterly, but shrank by 6.1 percent from Q2 2016, although other regions are registering positive quarter-over-quarter growth.”