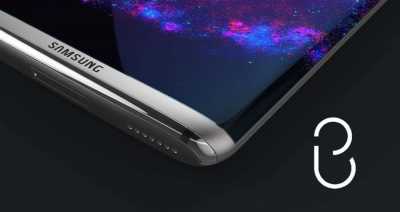 South Korean conglomerate Samsung have announced that its voice-based assistant entitled ‘Bixby’ is now available for Galaxy S8 users in over 200 countries worldwide following its release in the US last month.

The world’s biggest smartphone manufacturer had launched Bixby domestically and in the US, but now voice-assistant technology is available in countries such as the UK, Canada, Australia and South Africa. Samsung developed the feature in an attempt to catch-up with Amazon’s Alexa and Apple’s Siri.

Bixby currently only supports English and Korean, and issued a statement highlighting the fact that not all accents, dialects and expressions will be recognized. It stressed that it will take time for Bixby to adapt and understand regional dialects.

The electronics colossus has revealed that Bixby’s features include Quick Commands which allows users to create a custom voice command to use instead of a sequence of one or more demands. In addition to this, Samsung’s voice-assistant can also grasp the understanding of cross-application commands and features deep learning technology which can improve over a period of time which can then recognize personal preferences and ways of talking.

The statement added that when an application becomes Bixby-enabled, the platform will support every task the application is capable of performing using voice, touch or text. EVP and Head of Research and Development at Samsung Electronics mobile, Injong Rhee has predicted that the emergence and evolution of Bixby will lead to a more seamless connection for users across a range of devices.

Rhee said, “The expansion of Bixby’s voice capabilities is an initial step in the continued rollout of Bixby functionality. In the future, Bixby will have the learning power to offer more intelligent and personalised interactions and seamless connections across more devices.”

It has also been disclosed that Samsung is intending on expanding Bixby’s voice capabilities to additional countries, languages, devices, features and third-party applications. Samsung first unveiled its voice-assistant back in March, but it suffered some teething problems when the launch of the English version of the product was delayed. It then targeted a launch date in May, but that was pushed back to the end of June, before Bixby was eventually launched in the US in July.

However, it now places Samsung amongst the ever-competitive AI voice-assistant market and analysts are predicting Bixby to be a biggest success for the South Korean colossus.