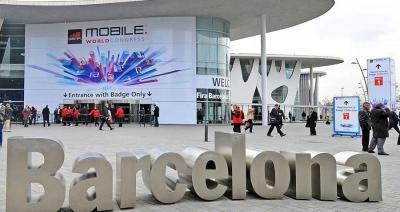 Chinese telecom companies Huawei and ZTE and also Samsung's LG were among the firms that unveiled new smartphones at Mobile World Congress 2017, perhaps in an attempt to capitalize on Samsung's withdrawal from the event where it was supposed to release its flagship but decided to delay to take extra precautions to avoid another exploding battery disaster.

The annual Mobile World Congress, held in Barcelona, Spain, usually hosts Samsung's new smartphone releases. But this year, the world's largest mobile phone maker had no such device to unveil of its own at the show.

Samsung is taking its time to release its new handset to avoid making another massive mistake – the company has to discontinue its flagship Galaxy Note 7 smartphone last year in October after several reports of exploding batteries in the devices. What's more, Samsung's parent company, Samsung Group, is caught up in a corruption scandal that saw its chief arrested recently.

In its usual fashion, Apple, the world's second largest smartphone marker, did not show up at MWC. The Californian company's absence leaves other smaller smartphone makers a rare opportunity to grab people's attention at the event.

China's Huawei, which aims to overtake Apple and Samsung in the high end smartphone market, unveiled its new flagship model, the P10 and the larger P10 Plus on Sunday 26 Feb, the eve of the official start of the MWC event. The device features dual Leica camera lenses, a longer-lasting battery and a fingerprint sensor system.

Huawei has been making gains on its top rivals, but not enough to close the gap, according to Forrester Research analyst Thomas Husson. He says, "Huawei is a brand that lacks a strong personality, especially in the United States and in Western Europe."

The company managed to gain some ground on Samsung and Apple in 2016, increasing its share of the smartphone sector to 8.9 percent in 2016 from 7.3 percent a year earlier, according to the Gartner consultancy group. Samsung on the other hand saw its market share shrink over the same period by two full percentage points to 20.5 percent and Apple contracted to 14.4 percent from 15.9 percent.

Huawei chief executive, Richard Yu, remains confident about the company's ambitions to become the world's number one smartphone distributor "maybe in five years," he said. "We are focused on the goal of becoming the market leader, we hope to get there."

Other releases at MWC included South Korea-based LG's new flagship smartphone designed for split-screen use so that it can show two apps at the same time. The device also features dual rear cameras. In addition, China's ZTE unveiled the world's first smartphone compatible with super fast 5G mobile internet service that networks expect to have up and running by 2020.

Nokia and BlackBerry, two former mobile phone leaders, made a comeback at the event, releasing their own new devices. Nokia unveiled three new Android smartphones and showcased a revamped version of its iconic 3310 device after more than a decade since it was phased out.

BlackBerry debuted a new high-end device, the KEYone that brings back the brand's signature physical keyboard and has a larger screen than previous models. Like Nokia, its new phones will be made under license by a Chinese manufacturer.