Global smartphone market on the rise 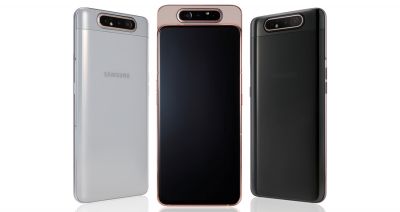 Research from Canalys has indicated signs of a growth in mobile device sales in the third quarter of the year. This increase is seen after two years of a decline in shipments. Global smartphone shipments have increased by 1% in Q3 2019.

Samsung shipped the greatest number of smartphones, at 78.9 million devices, a rise of 11 per cent, compared to the corresponding period the year prior.

Huawei recovered from a weak second quarter and was second with 66.8 million units, up 29%, to gain 19% of the market. In its home market alone, Huawei shipped 41.5 million smartphones to reach a record market share of 42%, an annual growth of 66%.

While most of its growth was attributed to its performance in China, it also saw growth in overseas markets with volumes increasing 3.8 million over the quarter to 25.3 million due to a rise in demand during the pause in procurement in Q2.

By contrast, and mainly by weak performance of the iPhone XR, XS and XS Max in the lead up to its September launch event, Apple shipped 43.5 million units, an annual decline of 7%, leading to 12.3% of the market.  This is an improvement on Q1 and Q2, which saw double digit declines.

Vincent Thielke, Canalys research analyst said that while the iPhone 11 launched to strong reviews, the lack of 5G in any of Apple’s products will hurt it in early 2020.

“It will miss out on heavy operator investment in 5G marketing and promotions, and the wide expectation for Apple to launch a 5G iPhone in September 2020 may convince some customers to delay purchasing, to ensure their device is future-proof,” Thielke said.