Apple unveils first Macs powered by its own chips 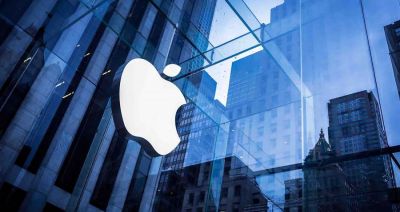 Apple has revealed its first Mac computers powered by chips of its own design. The California-based tech giant unveiled its M1 chip and the first computers that will run on it: a new MacBook Air, 13-inch MacBook Pro, and Mac Mini.

However, the launch failed to excite investors. Apple’s value varied during the performance, with shares dropping and the big reveal failing to stall the decline. It would seem investors were unsurprised by the new product line, but this may change as we edge closer to Christmas and as global lockdowns are eased. Perhaps this can reverse Apple’s recent revenue stagnation.

In June, the company announced it would transition away from the Intel processors it had used since 2006. Putting a processor based on the ARM architecture in its desktop and laptop computers marks a big move for Apple away from Intel-designed chips and towards its own silicon, which has been used in the iPad, iPhone and Apple Watch for a number of years.

Apple said the advantages of using the M1 chip included better battery life, instant wake from sleep mode, and the ability to run iOS apps. It added it had optimized all of its own Mac apps, but now needs to convince other developers to do likewise.

This will be the first time in the 36-year history of the Mac that Apple-designed processors will power these machines. It has changed chips only two other times. In the early 1990s, Apple switched from Motorola processors to PowerPC. At WWDC in 2005, Steve Jobs announced a move from PowerPC to Intel, and Apple rolled out those first Intel-based Macs in January 2006.

According to Bloomberg, Apple’s chip-development group decided to make the switch after Intel’s annual chip performance gains slowed and engineers worried that sticking to Intel’s road map would delay or derail some future Macs.