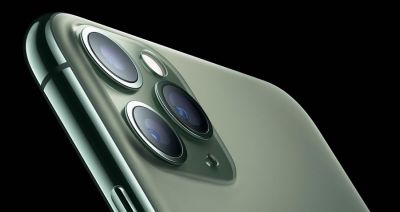 Apple unveiled its iPhone 11 models, touting upgraded, ultra-wide cameras as it updated its popular smartphone lineup and cut its entry price to $699. The newest handsets come as Apple seeks to spur new upgrades in a slumping global smartphone market.

The surprise from Apple was the reduction in the entry-level price at $699, down from the starting level of $749 for the iPhone XR a year ago even as many premium devices are being priced around $1,000. Apple additionally unveiled a more expensive “Pro” model of the iPhone 11.

The phone's camera has a new “ultra-wide” angle lens. Like the other new models, the iPhone is powered by an “A13 bionic” chip made in-house by Apple and infused with machine learning as well as high-performance graphics and processing capabilities.

Apple also introduced an iPhone 11 Pro and larger-screened iPhone 11 Pro Max that will have starting prices of $999 and $1,099 respectively when they are available on September 20.

The Pro line of iPhone has rich “super retina” OLED displays and a third camera on the back for professional quality photos and video, as well as a ramped-up zoom and editing software. Apple played up an ability to use Pro iPhones for slow motion portrait snippets like selfies that it called “slofies”.

However, none of the iPhones was tailored for the 5G telecom networks starting to roll out.

It also set launch dates for its original video offering, Apple TV+, and its game subscription service as part of efforts to reduce its dependence on the iPhone. The TV+ service will launch November 1 in more than 100 countries at $4.99 per month and will include a “powerful and inspiring lineup of original shows, movies and documentaries.” Apple is featuring scripted dramas, comedies and movies as well as children's programs in the service, which will compete against streaming giants like Netflix and Amazon.

“With Apple TV+, we are presenting all-original stories from the best, brightest and most creative minds, and we know viewers will find their new favorite show or movie on our service,” said Zack Van Amburg, Apple's head of video.

Apple said customers who purchase an iPhone, iPad, Apple TV, iPod touch or Mac will get the first year of the service for free.

The company's online gaming subscription service, Apple Arcade, will launch next week, offering exclusive titles for mobile and desktop users. The new service, which will also cost $4.99 per month, will include more than 100 game titles made for Apple devices.

“You can't find these games on any other mobile platform or subscription service, no games service ever launched as many games, and we can't wait for you to play all of that,” product manager Ann Thai told the Apple media event.

Apple introduced as well a seventh-generation iPad with a 10.2-inch display priced at $329. It is set to be in stores starting September 30. A “must-have” Apple Pencil integrated to work with the iPad touch screen can be used as a controller for creation or productivity. The iPad case is made entirely of recycled aluminum and will have a recently introduced operating system designed specifically for the tablet computers.

At the same event, the fifth-generation Apple Watch was revealed. It has a touch-screen face that is always on so the time and notifications are always viewable, while still being stingy on battery power. Previous generations had the smartwatch face go dark when arms dropped to save on power.