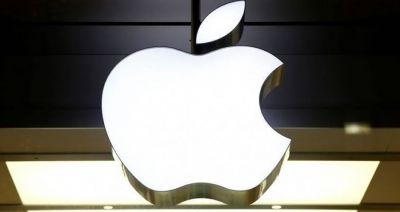 A prominent Apple executive has testified that Qualcomm refused to let the US technology behemoth use its chip technology in their latest line of iPhones due to an ongoing dispute between the two companies over licensing fees.

The admission was made by Apple COO Jeff Williams, during court proceedings in relation to an antitrust lawsuit filed by the US Federal Trade Commission.

Williams told the court that the global smartphone manufacturer expressed a desire to use both Qualcomm and Intel chips in its 2018 iPhones, but stated that Qualcomm withdrew support for Apple by refusing to sell them chips.

In addition to this, he disclosed that Apple has not been able to reach an agreement with the US chipmaker in relation to a new design since it filed a lawsuit in January 2017, which accused Qualcomm of using anticompetitive licensing tactics.

Williams also detailed the company’s fee negotiations with Qualcomm, noting Apple repeatedly traded exclusivity for a lower chip cost in order to keep the latter’s technology in its devices. Williams said, “We needed their chip supply, and we didn’t have a lot of options.”

Qualcomm has yet to mount its full defence in the litigation proceedings. However, it must be said that the claims made by Williams come in stark contrast to testimony provided by Qualcomm CEO Steve Mollenkopf last week.

Reuters published a report which claimed that the Qualcomm CEO declared that the chipmaker had sought an exclusivity arrangement not to shut out the competition, but instead to ensure it would recoup a $1 billion “incentive payment” made to Apple in 2011 in an effort to help cover technical transition costs incurred in switching chip suppliers from Infineon.

Williams’ statements were also contradicted by comments made by Qualcomm president Cristiano Amon during an earnings call in July 2018 noting the company would gladly be an Apple supplier again if the opportunity presents itself.

Mollenkopf also stressed that there was no reason the pair could not work together again noting that it makes sense that the technology leader in mobile should partner with the product leader.