Uber lost $1.27 billion in first 8 months of this year – blames its drivers 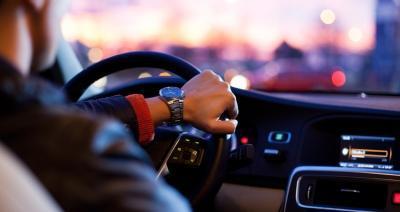 Even though Uber has created a big name for itself and has a large global customer base, reports suggest that the company isn’t actually doing that well – at least in terms of turning a profit. In fact, the San Francisco-based ride hailing service has reportedly lost $1.27 billion this year in just eight months. The company said that it’s nothing new, and that it’s only managing to turn a profit in the United States. Apparently its drivers are to blame.

Gautam Gupta, Uber’s head of finance, recently spoke to Uber investors, saying the ride-hailing service lost around $520 million in the first three months of 2016, and another $750 million in the second quarter of the year, $100 million of which came from the U.S. The loss of capital has been blamed by subsidies for Uber’s drivers. Uber has been looking into potential self-driving vehicles, which in this case, could prove to be financially beneficial.

“You won’t find too many technology companies that could lose this much money, this quickly,” said Aswath Damodaran, a business professor at New York University. “For a private business to raise as much capital as Uber has been able to is unprecedented.” But losing such a hefty amount of capital for the reasonably new company is also surprising. Uber is said to be taking a larger share of its drivers’ fares, according to a report by Bloomberg.

There is hope for Uber however, since the company finally appears to be recovering from its massive financial losses in China. Uber struck a deal in July with its biggest Chinese competitor, Didi Chuxing, obtaining 17.5 percent of the company’s business and a $1 billion investment. Uber is pulling out of China for good. With a total of $2 billion lost in its two years of attempted operations, exiting the country was probably Uber’s best move.