Uber under fire for offering cheap rides from Madrid airport 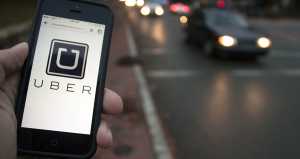 Uber has come under fire in Spain by Madrid authorities that have asked the anti-trust watchdog to investigate whether the ride-hailing app’s new cheap airport transfer service has broken competition rules, Reuters reported.

The competition regulator, CNMC, last year called for the government to lift a ban on Uber. But the app’s new Uber Airport service has brought Uber back under scrutiny, since it offers a tariff of 15-19 euros for a ride between Madrid’s Barajas international airport and the city center, which is much cheaper than the standard fixed taxi rate of 30 euros.

“[Uber Airport] could violate several articles of the Law of Unfair Competition and consumer rights, if it is proven that the service is being operated at prices below operational costs with the sole intention of gaining customers through unfair competition,” said the Madrid City Council in a statement.

Uber has faced similar condemnation around Europe, where it expanded into from the US six years ago, due to the fact that it is not bound by the strict licensing and safety rules that apply to some of its competitors.

In Spain, taxi drivers have gone on strike three times this year, arguing that ride-hailing apps like Uber, which are regulated under VTC licenses, often used for private chauffer services, constitute unfair competition because they do not meet the current regulations and pay less tax than taxi services.

There are currently more than 2,000 VTC-licensed taxis in Madrid, the only Spanish city where Uber is currently active, and about 15,000 traditional taxis, according to figures from the Ministry of Public Works.

The European Court of Justice recently ruled that Uber should be defined as a transport service rather than an app.