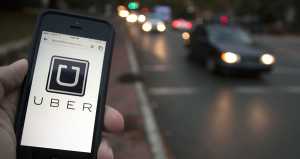 Uber reported an increase in bookings and revenue jump on August 23. The California-based ride-sharing company reduced its losses by 14 percent in Q2 compared to the same period the previous year. The company posted a net loss of $645 million on revenue of $1.75 billion, compared to revenue of $800 million the same period last year.

Global trips increased 150 percent from the previous year, the company said, while gross bookings reached $8.7 billion, up 17 percent which is twice the amount of bookings for the same period in 2016. The company said it had $6.6 billion on hand at the end of Q2, down from $7.1 billion at the end of Q1.

Internally, Uber’s stability has been rocked by the sensational resignation former chief executive, Travis Kalanick. The co-founder stepped down in late June under increased pressure from investors who raised concerns about his leadership. A growing momentum of voices demanded changes at the helm, and it was the call from investors that ultimately forced Kalanick to concede that his position was untenable.

Uber also stiff competition abroad - the need to keep both drivers and customers satisfied has driven up expenses for the company. Cuts are being made to Uber’s US car-leasing business, for instance, amid costs that were thousands of dollars more than expected for each vehicle.

In July, Uber and Russian search engine company Yandex agreed to combine their ride-hailing services to create a joint entity in Russia, Armenia, Azerbaijan, Belarus, Georgia and Kazakhstan. The combined company, controlled by Yandex, will be valued at $3.725 billion, with both Uber and Yandex investing hundreds of millions of dollars, CNBC reported.