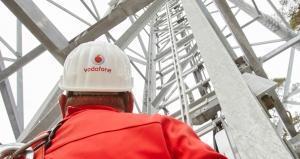 Vodafone India have announced that they will provide customers with another free increase in 4G data allowances in an attempt to defend its customer base as a ‘price war’ ensues in the country.

A report published by The Economic Times suggest that Vodafone India is preparing to offer customers four-times the data allowance currently provided on many of its 4G plans. This is the latest in a number of marketing gimmicks by the company in an effort to stem off competition from rival competitors.

In January, the operator began selling a ‘super-hour’ of unlimited data for a set price. This was an extremely popular promotion, but it sparked a reaction from other operators and it has subsequently led to what industry analysts have described as a ‘price war’ following the emergence and launch of new entrant Reliance Jio.

At their launch, Reliance Jio declared it would offer free calls, messaging and data to new customers until the end of 2016, with domestic calls remaining free after the expiry of the initial deal.

After adding 600,000 customers per day in its first three months of operation, the free offer was extended until the end of March, but capacity issues mean customers are limited to 1GB high speed 4G before having their data rate reduced.

However, this ‘price war’ is having a severe impact on Vodafone’s financial performance. The company was forced to write down the value of its Indian unit by €5 billion due to the increased and intense competition. Vodafone India also took the decision to put a long-awaited IPO in the country on hold until at least its 2017 to 2018 fiscal year – which covers the period to the end March 2018.

At a half yearly trading meeting, CEO Vittorio Colao admitted they had experienced issues throughout the year , but said the company responded accordingly by strengthening our data and voice commercial offers.

In addition to this, he also revealed that the company was focusing its spectrum acquisition investments to the most successful and profitable areas of the country. 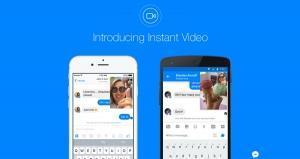 Facebook’s Messenger app has introduced a new feature that is similar to that which Snapchat offers. Back in April 2015 Messenger introduced video-calling, but its new tool will allow users to send each other videos, plus photos, gifs, and written messages while texting in the app. Facebook clearly hopes to outcompete Snapchat, following Instagram’s introduction of its new ‘Stories’ feature for users -  an obvious Snapchat rip-off.

Existing video-calling features like Microsoft’s Skype or Google’s Hangouts and Duo give users the choice between a video-based chat or as an alternative to text or voice. The new Instant Video feature by Messenger is meant for short bursts of live footage for users to share in a message. The audio is turned off by default in this Messenger feature, but it can easily be turned on. The purpose of the feature is to enhance the conversation between users, not replace it.

“Sometimes you want to ask a friend’s opinion on a pair of shoes you want to buy, weigh in on what ice cream flavor they should bring home, or just want to see your BFF’s reaction to your witty message when you’re in a place where you can’t actually talk live,” Facebook shared in a blog post. “It’s perfect for sharing quick moments with friends who aren’t right by your side or making your conversations richer by seeing each other face-to-face when you are messaging.”

A CBS News story notes that this is “different from video calls, which have been available in Messenger since 2015. The instant video feature is for those times you don’t necessarily want to make a full-fledged video call, but want to share a moment captured on camera.”

The new feature represents Facebook’s move to keep up with Snapchat, which boasts about 150 daily million users as of June 2016 according to Bloomberg. Facebook Messenger meanwhile has a billion monthly users, but it isn’t clear how many use it on a daily basis. WhatsApp, owned by Facebook, also boasts billion users as of February.

Messenger’s Instant Video feature works for both Apple iOS and Android. To send an instant video via the app, both the user and recipient have to have the app open. Simply tap the video icon to begin sharing. When the recipient sees the video, they can reply with video or text. Facebook’s doing all it can to dominate the online messaging market, but Snapchat’s loyal following, including major celebrities, could prove to be stubborn. 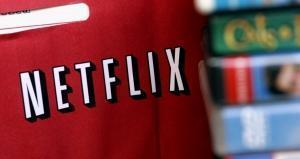 Online streaming services are hugely popular in Australia, with roughly 2.7 million active subscriptions to services such as Netflix, Stan and Presto. The country has seen an increase of 46 percent in its subscription ratings from June 2015, according to a report by Telsyte, a technology analyst firm.

Even though Netflix currently takes the lead, Telsyte’s research shows that Stan and Presto are actually growing faster than Netflix in Australia. According to Foad Fadaghi, managing director at Telsyte who spoke to Mashable Australia, Netflix subscriber growth has slowed during the past 12 months in the country.

Fadaghi suggests the reason could be that Netflix started out in Australia with a lot of hype, but Presto and Stan have had more room for growth in 2016, increasing the awareness of their product.

In its quarterly letter to investors in April, Netflix expressed concerns about its operations in Australia and New Zealand, suggesting it couldn’t match the rapid growth of competition in the region and also wasn’t seeing the same growth it had experienced around the world in 2015.

The letter said: “Our international forecast for fewer net ads than prior year is due to a tough comparison against the Australia/New Zealand launch. While ANZ is growing steadily this Q2, it is less than the launch spike last year.”

But it’s not all downhill for Netflix in Australia. Interestingly enough, many Australians like to use more than one streaming service, with “one in five Netflix customers signing up to more than one service,” says Mashable Australia. The average number of subscriptions was 1.5, growing to 1.7 over the past 12 months.

“It’s not a winner takes all marketplace,” says Fadaghi. “It comes down to the fact competition between the players is really for content rights rather than retail competition. When you don’t have the same programming, it makes sense for consumers to subscribe to two or three.”

The most beneficial aspect of streaming services for Australians is the low prices compared to subscription TV prices. Fadaghi said: “You’re looking at AU$30 to AU$40 for Netflix, Stan and Presto [combined] and it’s still less than a decent entertainment package from Foxtel.”

Because of the growth of sports coverage such as the NBA and AFL contributing to the online streaming growth, Fadaghi said Australians might begin to see more sporting codes selling content directly to consumers. He said: “It still makes sense for many sporting codes to sell their rights, but for some that are more niche, direct to consumer is a good opportunity.”