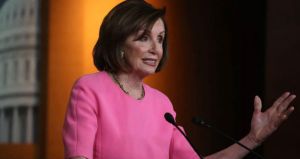 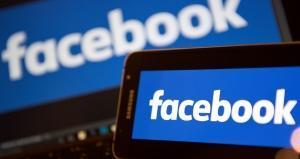 Facebook have announced that they’ve created a new tool which enables users to report fake news stories that appear on their newsfeeds. Facebook is the market leader in social networking with over 1.7 billion registered accounts. However, it has been heavily criticized in many quarters for its failure to prevent the volume of fake stories going viral on its platform.

The new tool will give users the opportunity to report stories they believe may be fabricated. Articles suspected of being fabricated will be flagged and disputed - then Facebook will work with global fact-checking organizations in order to establish the authenticity of the article.

Facebook VP Adam Mosseri , said the social networking giant had a clear focus to eradicate the issue of fake news stories, and acknowledged the negative impact they can have, although, he refuted the claim the spread of fabricated stories about Democratic nominee Hilary Clinton that appeared on Facebook swung the vote in Donald Trump’s favor.

Mosseri wrote the following in a blog post, “We believe in giving people a voice and that we cannot become arbiters of truth ourselves, so we're approaching this problem carefully. We've focused our efforts on the worst of the worst, on the clear hoaxes spread by spammers for their own gain, and on engaging both our community and third-party organizations."

Facebook said it would begin testing a system enabling users to click on news items if they suspect they are fabricated. The social network said it would work with global fact-checking organizations subscribing to the Poynter Institute's International Fact Checking Code of Principles. Mosseri added, “If the fact-checking organizations identify a story as fake, it will get flagged as disputed and there will be a link to the corresponding article explaining why.”

Facebook and Google both released statements last month in which they reiterated their desire to shut down websites which profited from promoting fake news articles through their lucrative advertising networks. These publications known as ‘click-bait’ websites make their money by baiting readers into clicking on sensational headlines.

But an analysis by the watchdog group Media Matters found Google AdSense advertisements on more than half of sites studied with track records for pushing fake news stories. "The recent incarnation of 'fake news' is destructive and dangerous," Media Matters president Angelo Carusone said. Its proliferation and the perverse incentive that rewards it with money must be stopped. Information consumers must be discerning when reading and sharing news so as not to become part of the problem. And fake news creators should not be able to profit from their scams."