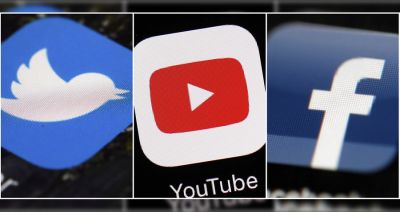 The gunman livestreamed the attack on Facebook, but despite the social networking behemoth eventually blocking the stream, it quickly circulated on other social media outlets.

Fifty people were tragically gunned down in twin mosque shootings in Christchurch by a right-wing extremist believed to be from Australia.

However, the New Zealand government is demanding answers from social media companies at how quickly such disturbing and sickening violent content is spread on their platforms. Facebook said that it reacted quickly to the material and removed the live video, but the livestream lasted for 17 minutes according to some reports, and was shared repeatedly on YouTube and Twitter.

The internet platforms have previously expressed their commitment to shutting down the sharing of violent images and dangerous rhetoric through the implementation of automated systems and human monitoring, but critics have said that it is clearly not working.

The major internet platforms have pledged to crack down on sharing of violent images and other inappropriate content through automated systems and human monitoring, but critics say it isn't working.

"There's no excuse for the content from that livestream to be still circulating on social media now," said Lucinda Creighton, a former government minister in Ireland and an advisor to the Counter Extremism Project, which campaigns to remove violent internet content.

The online platforms "say they have their own technologies but we don't know what that is, there is no transparency, and it's obviously not working,"

A Twitter spokesperson said issues such as the Christchurch video were handled rigorously by a dedicated team, adding that the platform cooperates with law enforcement.

“Our hearts are broken over today's terrible tragedy in New Zealand. Please know we are working vigilantly to remove any violent footage," YouTube said in a tweet.

Facebook did not immediately respond to a query on the timing of its action, but said it had removed the video following a police request and it also blocked the alleged shooter's Facebook and Instagram accounts.

"We're also removing any praise or support for the crime and the shooter or shooters as soon as we're aware," Facebook said.