Newly-appointed CEO says Uber has to change, and vows to take the company public 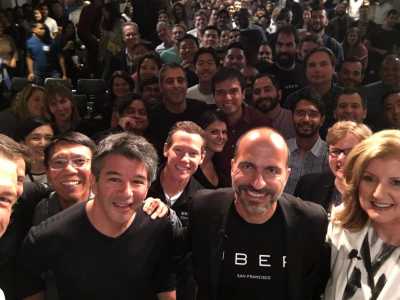 Uber’s newly-appointed CEO Dara Khosrowshahi has vowed to take the global ride-hailing firm public within the next three years. His appointment as CEO comes after months of unsettlement within the organization following the high-profile resignation of outgoing CEO Travis Kalanick.

Uber has been embroiled in a number of controversies and scandals that range from sexual harassment claims to engaging in illegal taxi operations. However, the new CEO who is the former head of travel website giants Expedia has declared the company ‘has to change’ in order for it to continue to grow its business and move past the issues it has encountered.

The incoming CEO is expected to take the helm at Uber next week. Reports circulating from his meeting with Uber staff in San Francisco last week are claiming that Khosrowshahi is focusing on regaining market share from its main competitor Lyft.

He has reportedly vowed to employees and stakeholders that he will take the company public in the next 18-36 months, but details on a potential IPO remain scarce. However, financial analysts have said that an Uber listing on the stock exchange would likely make it one of the biggest technology IPOs of the last decade.

Uber is the world’s most valuable private company, and is valued at $68.5 billion, and many commentators feel that its time the global ride-hailing firm went public as it could in many ways be held more accountable for the scandals that has marred the organization in the last number of years. However, Uber declined to comment when queried on a potential timeframe for the IPO.

Uber was left red faced when a leaked audio recording of his speech to staff was published by Yahoo. A fired-up Khosrowshahi told disclosed to staff how he landed the top job at Uber and outlined what workers can expect from him. He conceded in the audio recording that the company was in a battle, but insisted he would fight ferociously for all staff.

Khosrowshahi said, "I'm not going to bullshit you, and I will ask you not to bullshit me. We're in a battle here. I think everybody knows it. I'm here, I made the decision, I am all in, and I'm going to fight for you with every bone in my body."

The former Expedia boss said he was convinced by Spotify founder Daniel Ek to apply for the top job after initially telling a headhunter he wasn’t interested in the job. He also disclosed that he met with every Uber board member during an intensive interview process – and in addition to this, he also revealed how Uber co-founder and former CEO Travis Kalanick who is still a board member of the ride-hailing company persuaded him to leave his role at Expedia and become the new CEO at Uber.

The new Uber CEO said of his meeting with Kalanick, "He spun this web, this dream, of transforming cities and the transportation grid and deliveries and robots taking food from the street corner to the home. And it's just this incredible vision. And I'm like, 'Well, I sell airline tickets and you can download them onto your phone.”