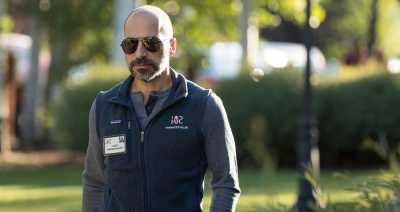 Uber’s new CEO has jetted into London for negotiations with the city’s transport regulator following the TFL’s (Transport for London) decision to suspend the license of the global ride-hailing service. The TFL deemed Uber unfit to run a taxi service and refused to renew its license.

The decision by the TFL left Uber reeling, as the UK, and in particular London is a massive market for the US firm. It was the latest setback in a long line of controversies and blows endured by Uber who have in recent months had allegations of sexual harassment within its work environment labelled at them.

In addition to this, Uber has faced countless legal battles in different markets all over the world – and pressure from stakeholders forced former CEO and founder Travis Kalanick to resign. TFL stated that it didn’t renew Uber’s license due to the firm’s approach to reporting serious criminal offences – and also highlighted safety issues in relation to Uber’s vetting process on its drivers.

London’s Mayor Sadiq Khan, who is also chairman of the TFL, told Uber that it would serve the organization better to actually attempt to address the concerns raised by the transport regulator, instead of hiring a team of PR experts and lawyers.

However, it has emerged that Uber’s new CEO, former Expedia boss Dara Khosrowshahi has arranged a face-to-face meeting with TFL commissioner Mike Brown who is tasked with the responsibility of running TFL’s day-to-day operations. It was further disclosed that Khan, a member of the Labor Party had sanctioned the meeting.

While Uber’s license was suspended with immediate effect on September 30th, its 40,000 drivers can still pick up fares until an appeal process has been exhausted, and that is likely to take up to several months.

Uber’s CEO facing a tough task to restore order to a firm which has been battered by a host of controversies, and his job hasn’t been helped by the calling of a board meeting in San Francisco which will look at curbing the influence of former CEO Kalanick.

Many expect Uber to resolve the issue with the TFL and claimed that Khosrowshahi made a good start by penning an open letter to Londoners in which he acknowledged that the company had made mistakes, before vowing to adopt a new approach to penetrate new markets globally.

It has been reported that Uber will learn its fate when a judge will rule on its appeal when it is officially submitted on October 13th. Uber’s competitors have wasted no time in attempting to gain its business. London’s second-biggest private hire firm Addison Lee said on Friday it was planning to increase its driver numbers in London by up to a quarter.