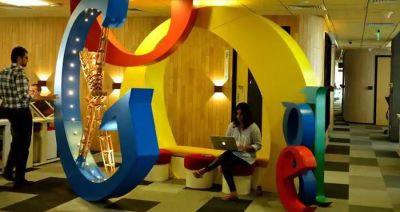 US technology behemoth Google is at the centre of an investigation by Indian competition officials after it was alleged that Google may have engaged in anti-competitive practices.

Google stands accused of abusing the market dominance of its Android platform. The European Union conducted a 3-year investigation that only concluded last year.

The European Commission determined that the deemed requirements for Android device makers to use Google apps were illegal. The US tech leader was subsequently fined €4.3bn.

Reports emerging from India claim that the Competition Commission of India (CCI) began probing potential abuse of Android’s position six months ago, following a complaint filed by a group of individuals.

In addition to this, it has been further disclosed that Google executives met with Indian officials to discuss the matter in greater detail. The CCI must now make their deliberations before deciding whether the case merits a further investigation, or if it should be dismissed.

A source told Reuters, “It is on the lines of the EU case, but at a preliminary stage. The EC’s action would make it difficult for the CCI to reject further investigation without demonstrating the problem has been addressed.”

Following the decision handed down by the EC, Google announced its intentions to stop bundling preinstalled apps with its Android platform and instead charge manufacturers a fee to licence its apps, as part of a bid to avoid additional fines.

Google has been in trouble in India before.

In February 2018, the CCI imposed an INR1.36 billion ($19.3 million) fine on the company for abusing its dominance in online web search and search advertising markets.

Google appealed against the fine, stating it could cause irreparable harm and reputational loss.